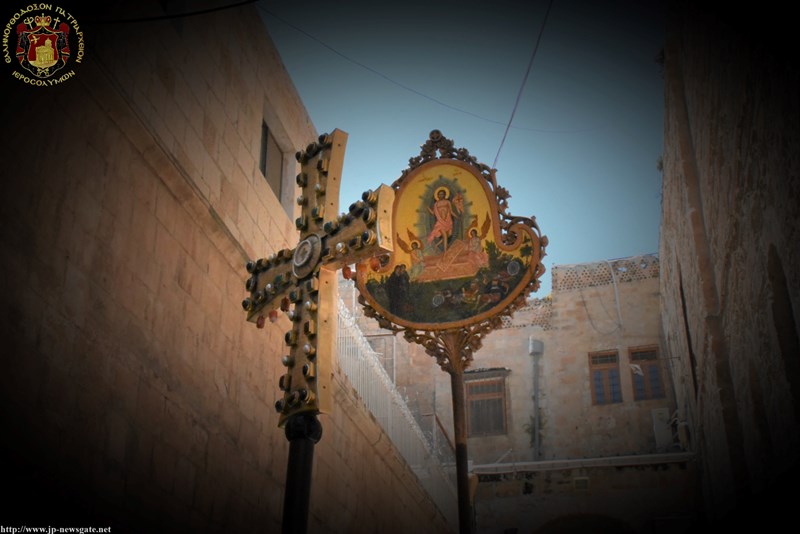 THE FEAST OF THE SECOND RESURRECTION AT THE PATRIARCHATE

On Easter Sunday afternoon, April 15/28, 2019, the Resurrection of the Lord was celebrated with the Service of the “Second Resurrection” or Vespers of love.

This began from the Patriarchate with the reading of the 9th Hour of Easter, during which His Beatitude the Archbishops and the Priests put on their Liturgical vestments while “Christ is Risen” was being chanted in slow Byzantine music.

After the completion of the reading of the 9th Hour, the Patriarchal entourage went down to the Church of the Holy Sepulchre in official Procession.

Upon their arrival to the Holy Courtyard, there was a prayer, at the presence of the Consul General of Greece in Jerusalem Mr. Christos Sophianopoulos.

Then there was the entrance to the Church of the Holy Sepulchre, and the Procession passed by the Deposition and the All-holy Tomb inside the Catholicon.

The Vespers of the Resurrection followed, during which the Gospel narrative according to St. John “Then the same day at evening, being the first day of the week” (John 20:19-25) in many languages, so that the preaching of the resurrection of Christ will be proclaimed in many nations for their salvation and for the glory of God.