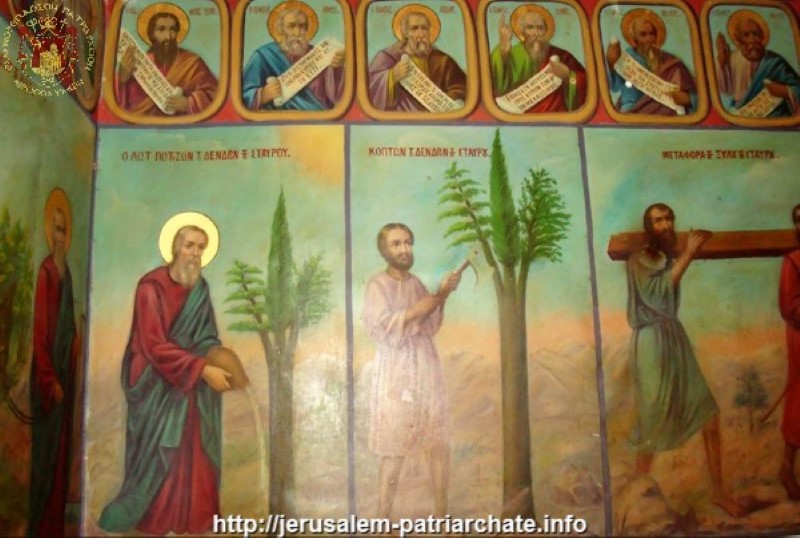 THE FEAST OF THE ADORATION OF THE PRECIOUS AND LIFE-GIVING CROSS AT THE H. MONASTERY OF THE CROSS

On the 4th Sunday of Great Lent, March 25/April 7, 2019, the Feast of the Adoration of the Precious and Life-giving Cross was celebrated in transference at the Holy Monastery of the Holy Cross, which is located in West Jerusalem, near the Hebrew Parliament – Knesset.

The Feat of the Adoration of the Precious and Life-giving Cross is being celebrated in this Monastery one week after the 3rd Sunday of Great Lent, because the Church keeps the tradition that in this place Lot planted the wood from which the Cross was made, and on which our Lord was crucified for our salvation.

At the end of the Divine Liturgy the congregation was offered a reception at the courtyard of the Monastery by the Hegoumen Most Reverend Archbishop Philoumenos of Pella, which was followed later on by a meal for the Episcopal entourage, other Hagiotaphite Fathers and members of the Consulate.