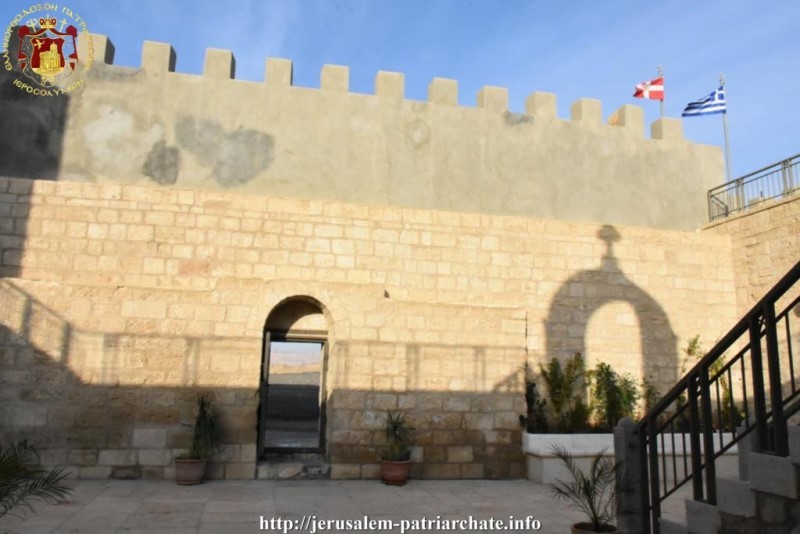 THE FEAST OF THE SYNAXIS OF ST. JOHN THE BAPTIST

On Sunday, January 7/20, 2019, the commemoration of the Synaxis of St. John the Forerunner and Baptist was celebrated at his Holy Monastery near the West Bank of the River Jordan at the place of the Lord’s baptism.

This Synaxis by the Patriarchate took place at the aforementioned old Monastery of St. John the Baptist, which had been almost totally destroyed during the six-day war of 1967, and which has been preserved and recently renovated by the Patriarchate with the funding of the Hegoumen of Sarantarion Mount Archimandrite Gerasimos.

For this feast the Divine Liturgy was celebrated in the morning by the Spiritual Father of the Holy Monastery of St. Savvas the Sanctified, Archimandrite Eudokimos, with co-celebrants Fr. Onuphrios and other Hieromonks and Deacon Synesios. The Fathers from St. Savvas Monastery chanted and the service was attended by a pious congregation of nuns and pilgrims from Greece and Cyprus.

After the Divine Liturgy the Hegoumen and good carer of the preservation of the Church and the monastery Archimandrite Bartholomew offered a reception at the renovated Hegoumeneion.