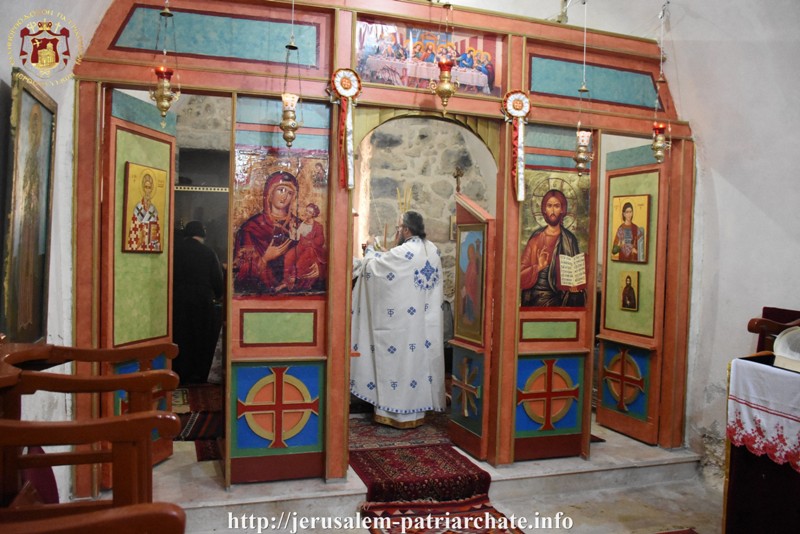 On Monday, December 18/31, 2018, the Patriarchate celebrated the commemoration of our Father among the Saints Modestos Patriarch of Jerusalem at his Holy Chapel on Abu Tor hill, opposite the hill of Holy Sion, in New South Jerusalem.

On this feast the Church commemorates St. Modestos, as the father who comforted the Church of Jerusalem with many renovations and charity works, initially as an Archimandrite of the Holy Monastery of St. Theodosios the Cenobiarch and later on as a Patriarch succeeding the Patriarch of Jerusalem Zacharias, after the destructions of the Persian raid in 614 A.D.

The feast in both the evening and in the morning was led by the Secretary of the Holy and Sacred Synod Most Reverend Archbishop Demetrios of Lydda, with co-celebrants Archimandrite Makarios, Hegoumen of the Holy Monastery of St. Nikodemus and Hierodeacon Demetrios. The choir was led by the choir leader Mr. Constantinos Spyropoulos while the service was attended by monks nuns and pious pilgrims.

H.H.B. our Father and Patriarch of Jerusalem Theophilos and Hagiotaphite Fathers visited the Holy Church for veneration during the Divine Liturgy.

After the Divine Liturgy the good keeper of the Monastery reverend Monk Antiohos offered a reception to all at the courtyard of the Church.