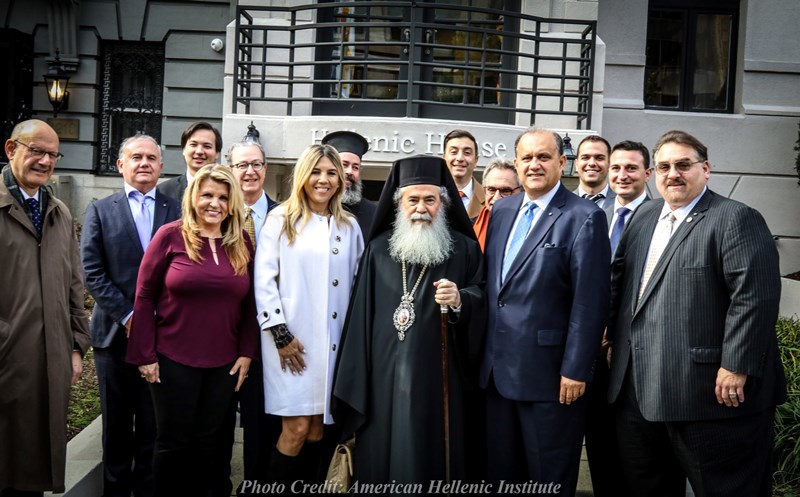 His Beatitude Theophilos III, Patriarch of Jerusalem, Palestine and Jordan, concluded today a one-week vital visit to the United States Capital, Washington D.C., in his continuous international effort to advocate for justice and peace to the Holy Land.

His Beatitude launched his activities in Washington D.C. on November 13th by attending the Templeton Prize ceremony as an honorary guest. The world-renowned prestigious Prize this year was awarded to His Majesty King Abdullah II bin Al-Hussein of Jordan for his efforts promoting interfaith harmony, safeguarding Jerusalem’s Islamic and Christian holy sites and protecting religious freedom.

His Beatitude also held meetings with senior U.S. officials at the White house, State Department as well as Republican and Democrat members of Congress, both of the House and Senate, to discuss issues relating to the Christian presence in the Holy Land as mandated by the Patriarchs and Heads of Churches of Jerusalem.

Furthermore, Patriarch Theophilos III held comprehensive discussions with several heads and members of Think Tanks, Christian organization as well as community organization and leaders, including AHI and AHEPA, over the same topic of preserving Christian presence in the Holy Land.