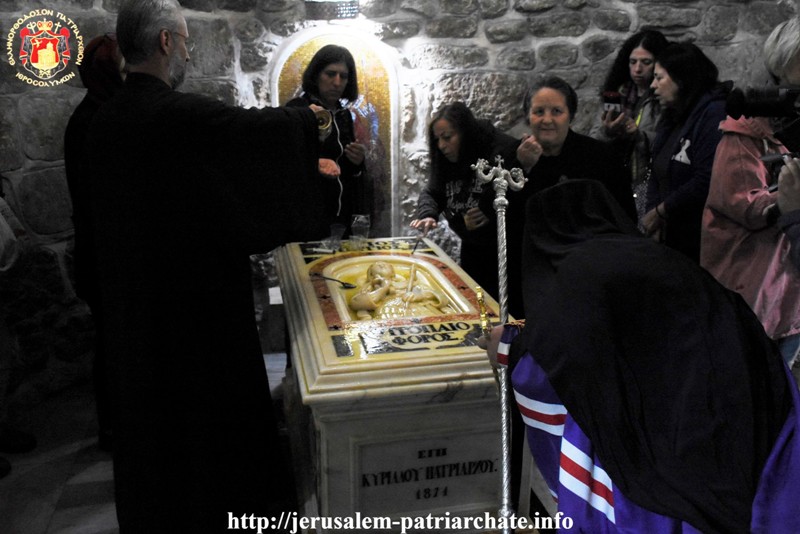 THE COMMEMORATION OF THE DEPOSITION OF THE RELICS OF ST. GEORGE THE TROPHY BEARER IN LYDDA

On Friday, November 3/16, 2018, the Patriarchate celebrated the commemoration of St. George the Trophy-bearer and the consecration of the Church dedicated to him in Lydda, in which his tomb is kept in the crypt below the Church.

This Feast was celebrated as the commemoration of the deposition of his holy relic in his home town Lydda, and his burial therein. The holy relic of the Saint was transferred from Rome, the city of his martyrdom, and St. Helen built a magnificent Church in his honour, among the other Holy Churches she built on the All-holy Shrines.

The Divine Liturgy for the celebration of this event was led by the Most Reverend Archbishop Damascene of Joppa, with co-celebrants Hieromonks and Deacons and with the participation of a full congregation. Present at the service was also the Ambassador of the Greek embassy in Tel Aviv Mr. Demetrios Bikas.

The Hegoumen of the Shrine and the Community Council offered a reception to the Episcopal entourage and the others at noon on the Feast day.