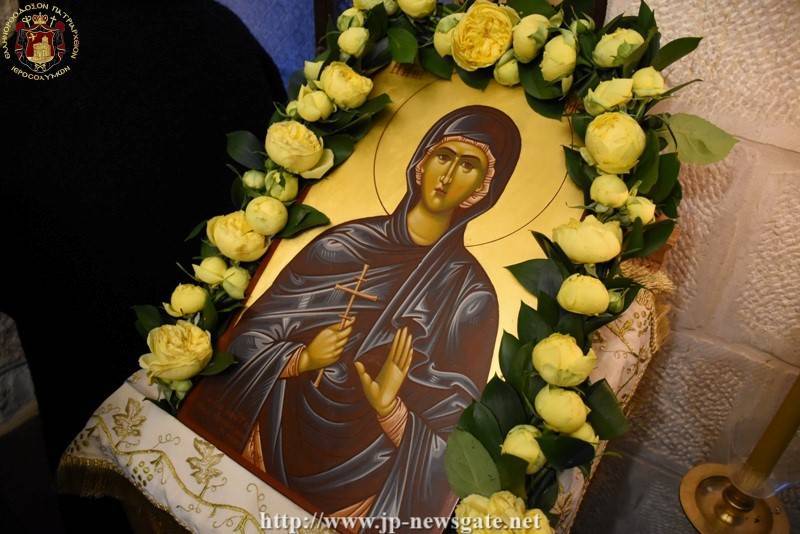 The commemoration of Saint Melani from Rome was celebrated by the Patriarchate at the underground chapel dedicated to her, in the Nunnery of Megali Panagia adjacent to the south-west side of the  Hagiotaphites’ Central Monastery, on December 31, 2017/ January 13, 2018.

Saint Melani of Roman descent, departed to Egypt after the death of her husband and two children, where she fed 5.000 monks and defended the persecuted Christians by the followers of the Arian heresy. Then she moved to Jerusalem of Palestine and founded a Nunnery in which she lived a noble life until the year 410 A.D. when she died.

The Priests and the congregation were offered a reception after the Divine Liturgy by the good keeper of the Monastery, Reverend Nun Melani.
From Secretariat-General