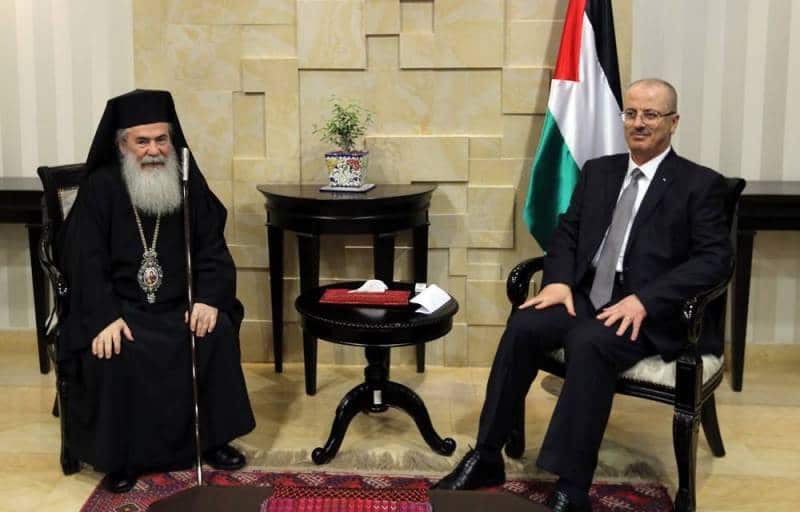 On Thursday morning, 28th September/12th October 2017, His Beatitude our Father and Patriarch of Jerusalem Theophilos visited the Prime Minister of the Palestinian State Mr. Rami Hamdallah at his office in Ramallah.

On this meeting the Prime Minister on behalf of the President Mr. Mahmoud Abbas-Abu Mazen and personally, praised His Beatitude for His efforts and campaigns towards the Leaders of Churches and Countries so that the contracts of the Jaffa Gate hotels of the Patriarchate in the Old City of Jerusalem will not take effect, nor will the recent political decision of the Israeli Court which gives effect to these contracts, and the non-passing of the proposed Law by 40 Members of the Knesset, which does not allow the Christian Churches the free management of their land property. Moreover, the Prime Minister praised His Beatitude for the keeping of the Status Quo of the Old City of Jerusalem, as a framework of the peaceful religious co-existence of the members of the three Monotheistic Religions.

The Prime Minister Mr. Hamdallah wished His Beatitude the good outcome of His efforts with the support of Jordan and the Palestinian State.