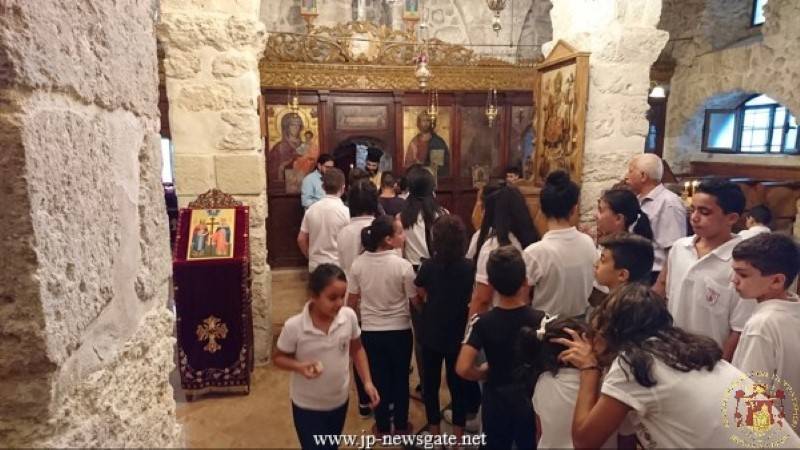 THE ISRAELI MILITARY ADMINISTRATION OF KFAR-ETZION VISITS THE PATRIARCHATE

On Monday afternoon, 22nd August/4th September 2017, the Israeli Military Administration of Bethlehem district – Kfar Etzion visited the Patriarchate under Mr. Dani Sandler who has served in it for seven years and is now leaving the force, and under his current successor in this service Mr. Moshe Avi, along with their escort Mr. Kfir  Rozén and Mr. Cezar Margieh, who is responsible for the department of Christian Affairs of the Ministry of Religion in Israel, and Mr. Saliba, former Deputy Manager of the Old City of Jerusalem Police.
On this meeting there was a discussion on the matter of the permit for the unhindered access of the members of the congregation of the Patriarchate from the towns of Bethlehem, Beit Sahour and Beit Jalla to Jerusalem, the Patriarchate and the Holy Shrines and a mutual desire was expressed for the continuation of this cooperation for the benefit of the congregation and its cooperation with the Patriarchate.

On the occasion of this visit, His Beatitude offered Mr. Dani Sandler and his successor Mr. Moshe Avi a ceramic disc with a depiction of the city of Jerusalem.