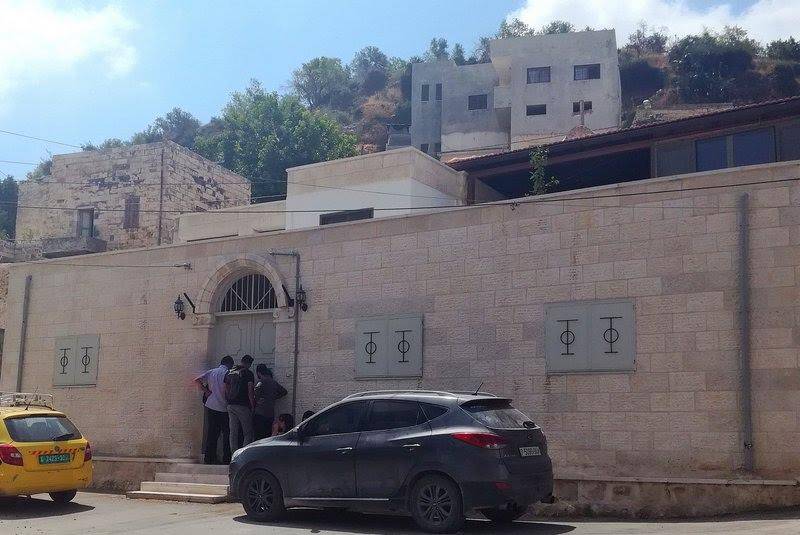 THE TOWN OF NISF JUBEIL

Within the chain of villages that surround the Governorate and city of Nablus, lies the village of Nisf Jubeil in the north-west part of Nablus City, just a few kilometers from the historic village of Sebastya.

According to the testimonies of the villagers, as narrated to them by their forefathers, the current village of Nisf Jubeil was built on the ruins of an ancient village dating back hundreds of years ago. However, that village was completely destroyed, and vanished by a flood that ravaged the region at an indefinite time in the distant past. Therefore, due to nature factors, the landscape was changed and the current village of Nisf Jubeil has been formed in a way that does not suggest anything of the original village and its landmarks. Hence, there is no real tangible evidence to suggest the occurrence of the flood, except for some previously conducted excavations in the region, which traced the presence of some rooms and walls under the existing village houses.

The village of Nisf Jubeil is known for the wide variety of its olive trees; villagers say that the annual harvest yields at least 30 tons of extra virgin olive oil, harvested from the trees which witnessed the good and bad times among the historic events that dominated the land.

The history books make no mention of the first inhabitants of the village, nor of its age, so it might be assumed that the place was not of significant historic importance. Unfortunately the fate of the Christians in this village seems to be similar to the historic mentioning of Nisf Jubeil. The elderly villagers believe that the original population of the village was only Christians, who were mainly farmers and shepherds.  But as time passed by, changes came, making the younger people interested in having a different kind of life and the unstable living conditions of the town must have led them to flee, resulting in the significant decrease of the overall numbers of Christians in Nisf Jubeil. For example, in 1838 there were more than 200 Christians, of whom the vast majority were Orthodox, alongside the appointed priest for the Church at that time.

Later, during the British Mandate era, population statistics showed a decrease, with numbers to reach 105 Christians. The numbers kept dropping, till they reached their lowest count. Today, the town of Nisf Jubeil is left with only two Christian elderly women, in their eighties. One of them travels back and forth between her house in Nisf Jubeil and the houses of her sons in other cities, while the health condition of the second lady does not allow her to move as much, so she chose to stay in her house surrounded by her 500 Muslim neighbours.

Currently the only reminder of the ancient existence of Christianity in Nisf Jubeil, besides the two elderly women, is the Orthodox Church of St. George, located in the eastern part near the entrance of the village. This Church was built in 1880, and went under restoration recently in 2014, when it was officially reopened with the attendance of His Beatitude Patriarch Theophilos III (see photos 5,6,7), and Mr. Basem with his wife Muna Hishmeh, who financially supported the restoration project along with The Jerusalem Patriarchate.

The Church of St. George had its own Priests until the year 1963, when the late reverend Father Nikola Khouri rested in the Lord, and was buried in the small cemetery inside the Church courtyard. Afterwards, it became a tradition that the Priest who was responsible for the Orthodox Church in Nablus City, would also be responsible and celebrate the weekly Divine Liturgy at the Church of Nisf Jubeil.