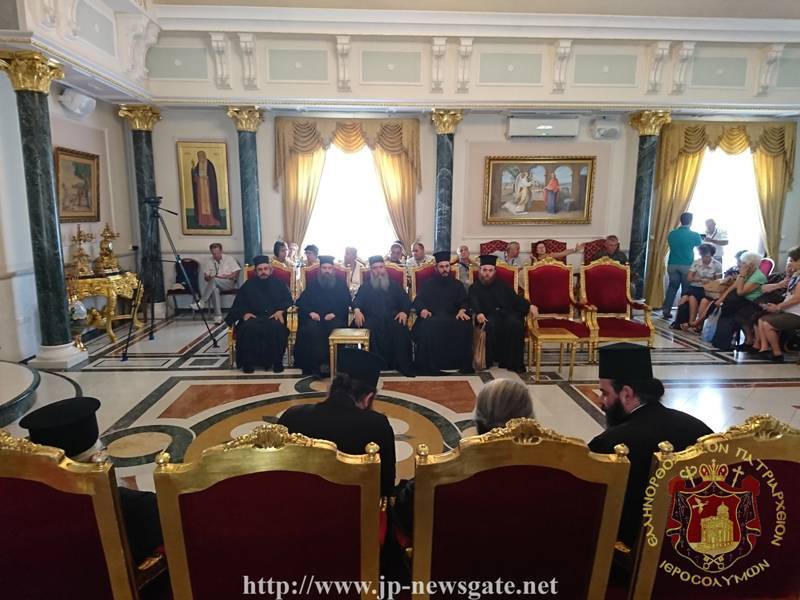 HIS BEATITUDE THE PATRIARCH OF JERUSALEM AWARDS METROPOLITAN JOEL OF EDESSA

On Tuesday 21st June/4th July 2017, during the visit of a group of a hundred pilgrims at the Reception Hall, His Beatitude the Patriarch of Jerusalem Theophilos awarded the leader of this pilgrims’ group Most Reverend Metropolitan Joel of Edessa with the medal of the Grand Commander of the Holy Sepulchre, in respect and recognition of his contribution to the Metropolis of his Hometown Edessa and Christ’s Congregation there, through his word and writings.

Emotional, the Most Reverend Metropolitan Joel thanked His Beatitude saying that he came in order to receive the blessing from the Holy Shrines and His Beatitude and this honourary distinction came as a surprise to him.

Having received His Beatitude’s blessing they continued their pilgrimage to the Most Holy Church of the Resurrection.