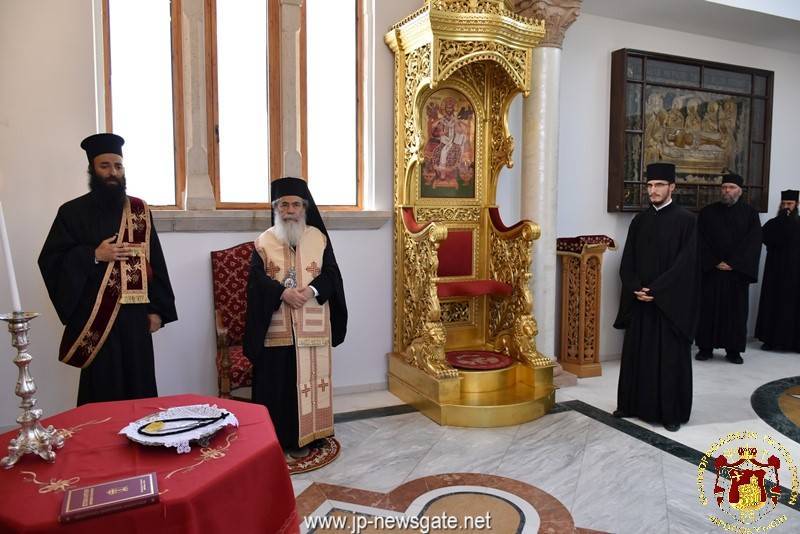 MONK’S TONSURE AT THE PATRIARCHATE

Novice Panayiotis was tonsured by His Beatitude our Father and Patriarch of Jerusalem Theophilos and was named Patrick, at the presence of Hagiotaphite Fathers. St. Patrick was a Hieromartyr and Bishop of Proussa.

After the tonsure His Beatitude counseled the new monk, telling him he was called to join the Order of the Great Ones of the Hagiotaphite Brotherhood, at the decision of the Holy Synod, which appreciated his morals at the School and his service at the tasks he had been appointed with, and that it is an honour for him to serve the All-Holy Shrines, the Patriarchate and the Hagiotaphite Brotherhood, whose mission is Christ’s confession in the Holy Land and the service of the people of God.