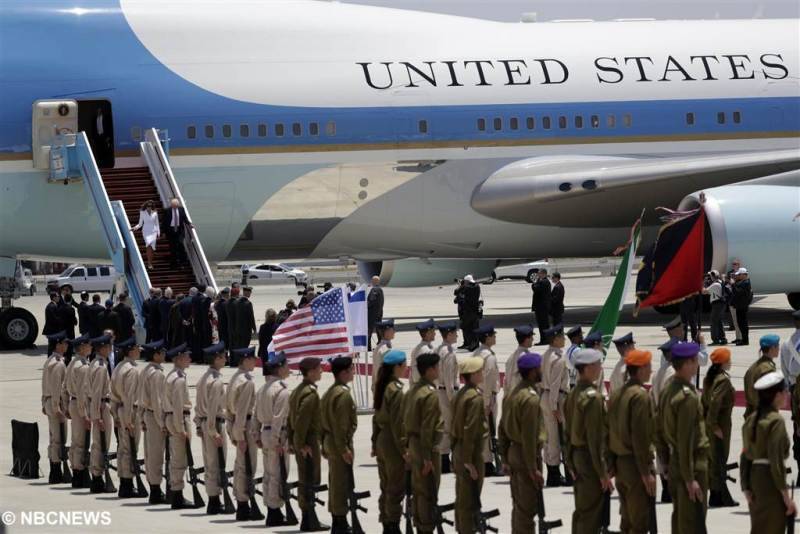 THE VISIT OF MR. DONALD TRUMP, PRESIDENT OF THE U.SA. AT THE CHURCH OF THE RESURRECTION

On Monday morning, 9th/22nd  May 2017, the President of the U.S.A. Mr. Donald Trump arrived at Ben Gurion Airport in Tel-Aviv.

Present at the official welcome was His Beatitude our Father and Patriarch of Jerusalem Theophilos, as a representative of our Venerable Patriarchate.

In the afternoon of the same day, the President of the U.S.A. visited the Church of the Resurrection, coming from David’s Gate with his wife and associates.

At his arrival at the Courtyard of the Church of the Resurrection he was welcomed by H.H.B. our Father and Patriarch of Jerusalem Theophilos and Elder Sacristan Most Reverend Archbishop Isidoros of Hierapolis, together with Dragouman Archimandrite Mattheos, the Assistant Sacristan Archimandrite Polykarpos, the Custos of the Holy Land Fr. Francesco Patton and the representative of the Armenian Patriarch in Jerusalem His Beatitude Nourhan Manougian.

From the Courtyard, the President was guided by His Beatitude, Fr. Francesco Patton and the Armenian representative, to venerate the Holy Sepulchre and the Horrendous Golgotha.

Consequently, the President headed for the Office of the Church of the Resurrection where His Beatitude offered him an icon of the Nativity. The President expressed his emotions on his visit at this oldest and holiest shrine of Christianity and wished peace for the Middle East region and the whole world.