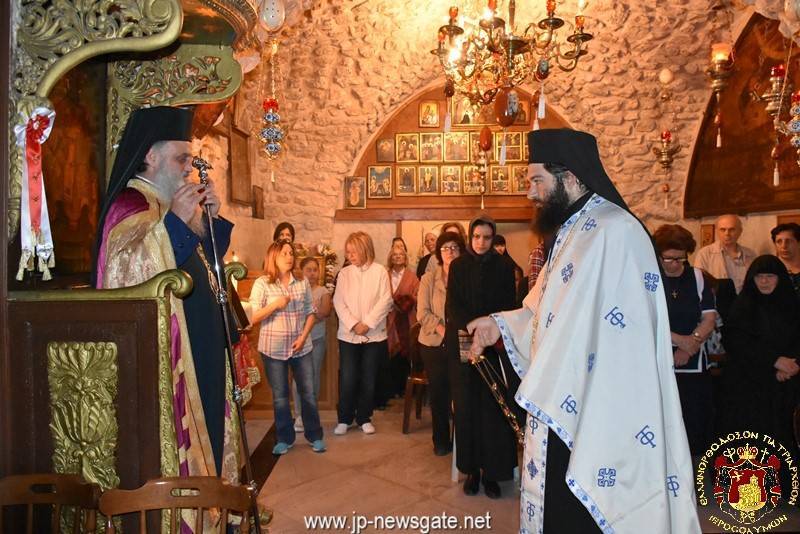 THE FEAST OF THE GREAT MARTYR ST. GEORGE AT THE PATRIARCHATE

The Archbishop and the congregation were offered a reception after the dismissal of the Divine Liturgy the good keeper of the monastery Reverend Nun Pansemni.

At the Holy Church of this Holy Monastery the so called “of the Hebrew Site” because it is located at the centre of the Hebrew district by the gate of the Zion Wall, the Divine Liturgy was celebrated in the morning of the feast by the visiting Archimandrite of the Church of Greece Fr. Simon. Singing was the left choir singer of the Church of the Resurrection Mr. George Alvanos, with the help of the Abbess Anna and Nun Thecla, with the participation of a congregation of nuns, members of the Greek Community the Arab-speaking faithful and pilgrims from Greece, Cyprus and Australia. After the Divine Liturgy, the renovator and decorator of the Holy Church and Monastery with Orthodox murals, Abbess Nun Anna, offered the congregation a reception at the courtyard of the Monastery.