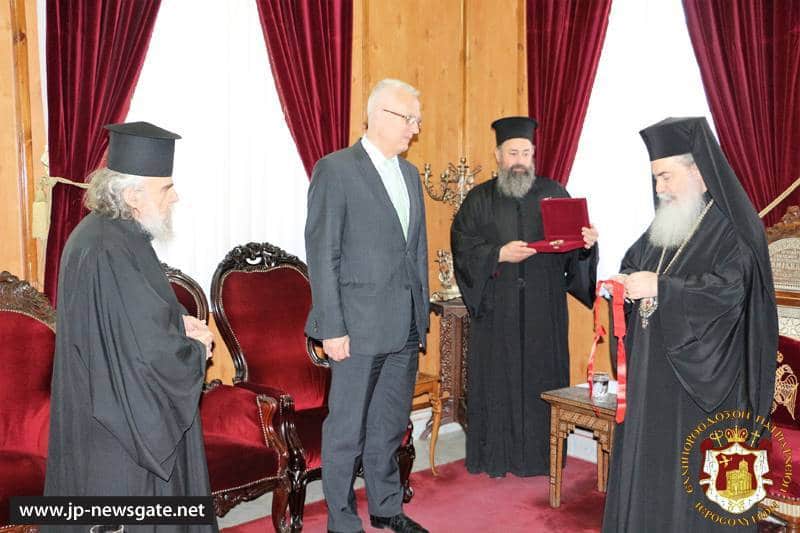 On Tuesday morning, 12th/25th April 2017, His Beatitude our Father and Patriarch of Jerusalem Theophilos awarded the Ambassador of Hungary in Ramalla Mr. Géza Mihalyi with the award of the Grand Commander of the Order of Nights of the Holy Sepulchre.

This honourary distinction was given to Mr. Géza Mihalyi due to his constant support as well as that of his country to the Patriarchate in general and to the restoration project of the Edicule of the Holy Sepulchre in particular, and also for their financial support.

Touched, Mr. Géza Mihalyi, thanked His Beatitude for this honourary distinction and promised that after the end of his service in Ramalla he will continue from his position in his country to proclaim the work of the Patriarchate and be its advocate.