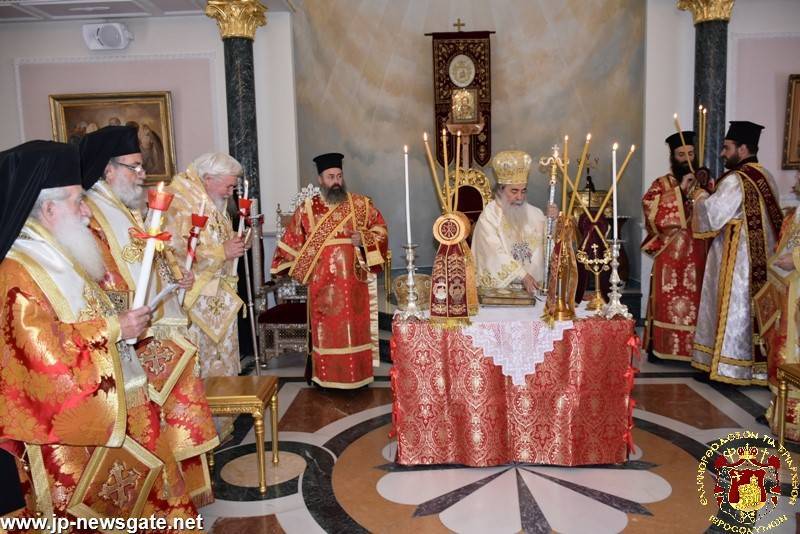 THE SERVICE OF THE SECOND RESURRECTION (VESPERS OF LOVE) 2017

On Easter Sunday noon, 3rd/16th April 2017, the service of the second Resurrection was celebrated by the Patriarchate.

The service began at the Patriarchate Hall with the reading of the 9th Hour of Easter: “Let us who have beheld the Resurrection of Christ…When they who were with Mary came…” while H.H.B. our Father and Patriarch of Jerusalem Theophilos, the Archbishops and Priests were putting on their Paschal Episcopal and Priestly liturgical vestments.

There the entourage headed for the Catholicon where the Vespers of Easter was observed and the Gospel of love was recited according to the Gospel of John “The first day of the week…when it was yet dark…” and “and after eight days again…”, in various languages.