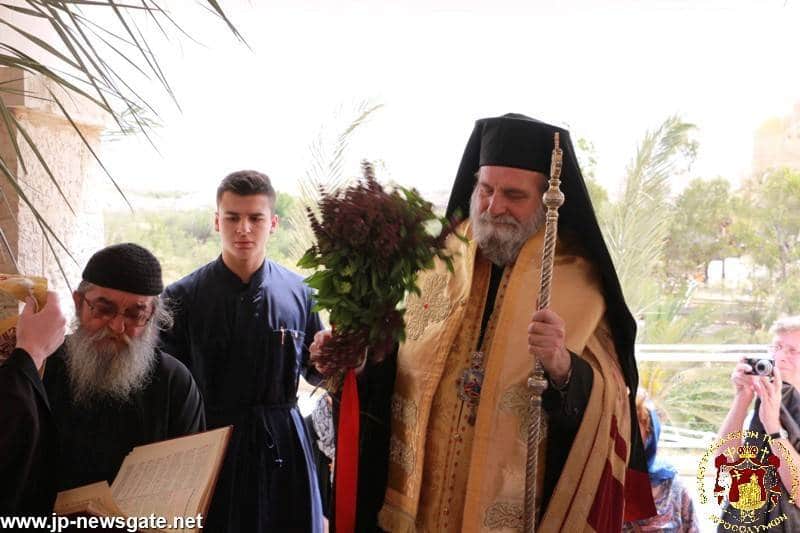 PILGRIMS’ BAPTISM IN THE RIVER JORDAN (2017)

On Holy and Great Tuesday morning, 29th March/11th April 2017, the pilgrims’ baptism took place as a seal of their pilgrimage theory, at the bank of the river Jordan, at the place where our Lord Jesus Christ was baptized by St. John the Baptist. Pilgrims were from Greece and other Orthodox countries.

The service was led by the Patriarchal Commissioner Most Reverend Metropolitan Isychios of Kapitolias, with the participation of approximately 700 pilgrims.