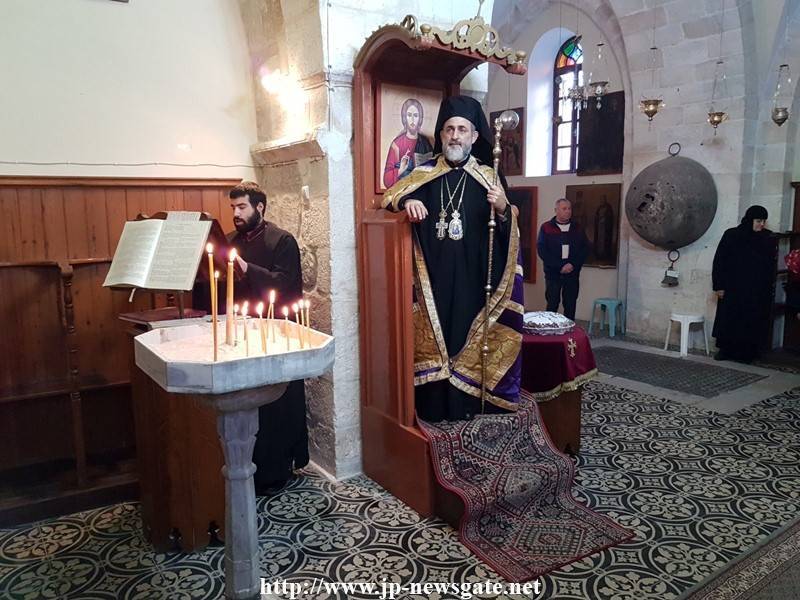 THE VENERATION OF ST. PETER’S SACRED CHAIN AT THE PATRIARCHATE

On Sunday 16th/29th January 2017, the memory of St. Peter’s sacred chain was celebrated by the Patriarchate at his prison where there is a Holy Monastery at present, named after St. Nicodemus or “The Lentil’s”, located east of the Praetorion which was the headquarters of each Roman Governor of Jerusalem, of Pilate’s at the time of the crucifixion of our Lord Jesus Christ, and Herod Agripa’s the first, at the time of St. Paul’s preaching.

This same Herod had killed James the son of Zebedee and brother of John the Evangelist, and in order to offer his services to the Jews, he imprisoned St. Peter, aiming also to kill him, however he was disappointed, because an angel of the Lord appeared at night, set free and helped St. Peter escape, by opening the gates of both the prison and the walls of the city for him; then St. Peter realised he was not having a vision but an angel of the Lord saved him from Herod’s intentions, and he went to Mark’s house which was used as a church, at the time when all the congregation was praying for his release, and a girl named Rode came to open the door at his intense knocking (Acts 12:1-17).

At the underground chapel of the Apostle’s prison, under the Church dedicated to St. Nicodemus, the Lord’s secret disciple, Vespers was held in the evening and the Divine Liturgy on the day of the feast, led by the Most Reverend Metropolitan Joachim of Helenoupolis, with concelebrants the Hegoumen of the H.Monastery Archimandrite Makarios, Archimandrite Meletios and other Hagiotaphite Fathers, at the singing and praying of monks, nuns, and members of the Church of Jerusalem.

After the D. Liturgy the Hegoumen Archimandrite Makarios offered a reception to the Episcopal Entourage and the congregation at the Hegoumeneion.