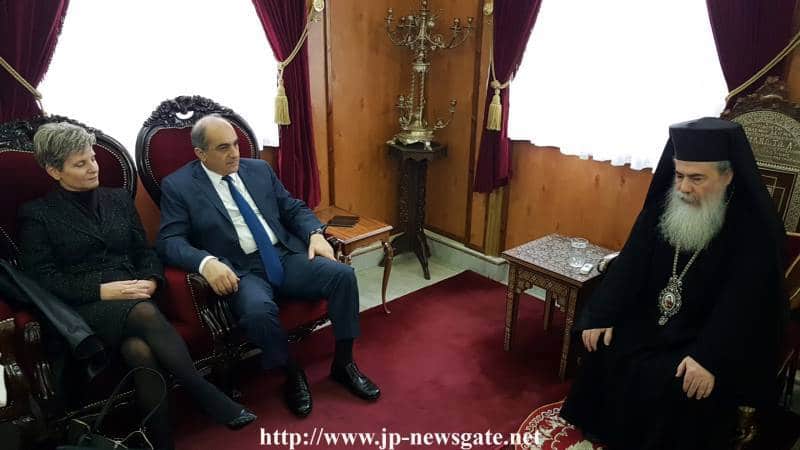 THE PRESIDENT OF THE PARLIAMENT OF CYPRUS VISITS THE PATRIARCHATE

On Wednesday 12th/25th January 2017, the President of the Parliament of Cyprus visited the Patriarchate, accompanied by his associates and the Cypriot Ambassador in Tel Aviv Mrs Thessalia Siambou and other embassy staff.

An interesting conversation on the relationship between the Church of Jerusalem and that of Cyprus took place on the agenda of the meeting, the latter having received Christianity by the first, as witnessed by the Acts of the Apostles.

This relationship has been sustained throughout the centuries either through Hagiotaphites of Cypriot origin, or through visiting pilgrims from Cyprus in the Holy Land.

Of interest was also the conversation regarding the role of the Patriarchate in the preservation of the religious and cultural Status Quo of Jerusalem, through its spiritual strengths and natural heritage assets.