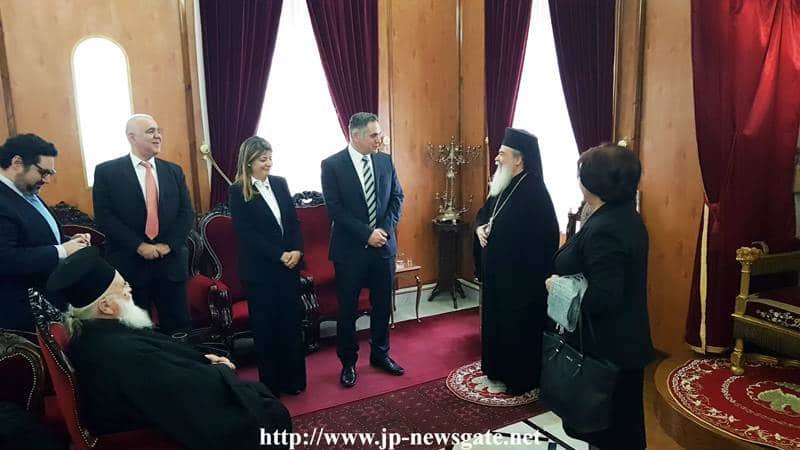 THE PRESIDENT OF THE DEMOCRATIC PARTY MR. NIKOLAOS PAPADOPOULOS VISITS THE PATRIARCHATE

At noon on 12th/25th January 2017, the President of the political Democratic Party of the Cypriot Democracy Mr. Nikolaos Papadopoulos and his associates visited the Patriarchate.

Mr. Papadopoulos and his escort were warmly received by H.H.B. our Father and Patriarch of Jerusalem Theophilos with the Most Reverend Archbishop Kyriakos of Nazareth and other Hagiotaphite Fathers.

Within the agenda of the meeting there was an interesting conversation on the Byzantine identity of the Greeks, the origin of the Arab-speaking Greek Orthodox people of Palestine, which is sustained by the Orthodox Church, respecting the National identity of the peoples belonging to it.

After the exchanging of gifts, Mr. Papadopoulos continued his visit by venerating the Holy Sepulchre.