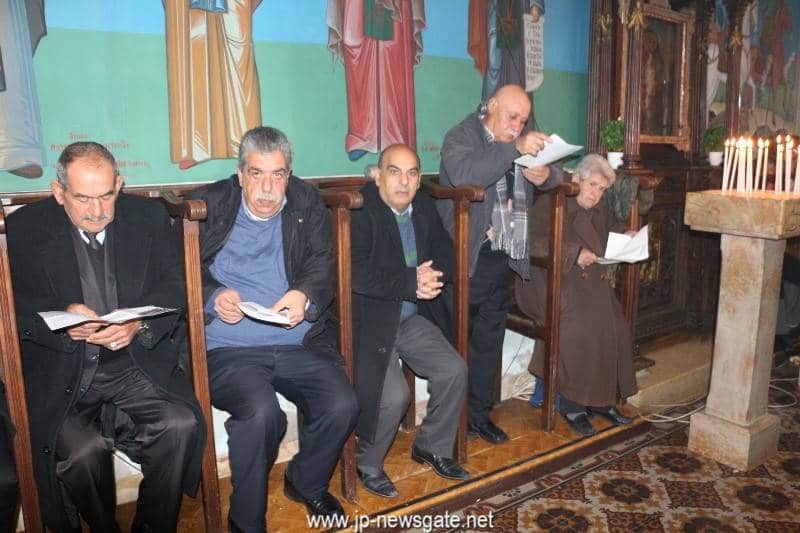 ST. BASIL’S FEAST AT THE HOLY MONASTERY OF ST. BASIL

On Saturday 1st/14th January 2017, the memory of St. Basil Archbishop of Caesarea in Cappadocia was celebrated, not only at the Church of the Resurrection but also at the Holy Monastery dedicated to him, which is located on the west side of the Patriarchate on the way to the New Gate of the wall of Jerusalem.

This Monastery had been refurbished by the memorable Cypriot Archbishop Arcadios of Ashkelon, the icon painting of the Iconostasion had been made by the Cypriot icon painter monk Pavlos, who lived at the decade of 1960 in St. Anna’s Skete by the Choziba Monastery, and the Church of the monastery had recently been refurbished by the deceased Elder Archimandrite Keladion.

St. Basil had been honoured in this monastery as an Ecumenical teacher of the Church, defending the doctrine of the consubstantial nature of the Son towards the Father and as an incomparable worker of charity with Vasiliada, and beyond that, as the one who “bejewelled the morals of men”, in both theory and practice.

In the small aforementioned chapel, Vespers was held in the evening and the D. Liturgy in the morning by Archimandrite Kallistos, with the singing choir of nuns of the Patriarchate and the participation of many praying monks, nuns and pilgrims.

During the D. Liturgy, H.H.B. our Father and Patriarch of Jerusalem Theophilos with Hagiotaphite Fathers visited the chapel to venerate. The Patriarchal Entourage and the Congregation were offered a reception by the worthy curator of the Holy Monastery respected Nun Thecla.