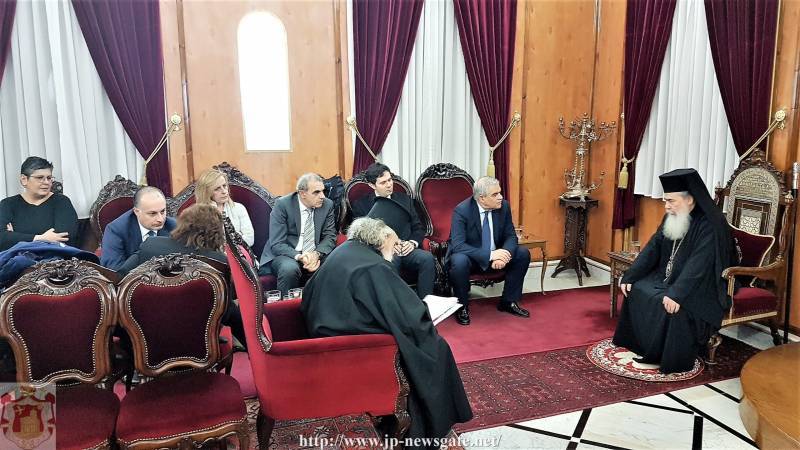 THE FEAST OF ST. STEPHEN THE FIRST MARTYR AT THE PATRIARCHATE

On Monday 27th December 2016 / 9th January 2017, the memory of St. Stephen the First Martyr was celebrated at the Patriarchate. St. Stephen was one of the seven deacons elected by the Apostles to help them with their social work of common meals (Acts 6:2-7).

Out of these seven deacons, Stephen was full of the Holy Spirit, conversing with the Jews and proving to them with references from the Scriptures that Jesus of Nazareth is the Christ.

The Magistrates of the Jews could not tolerate this so they seized and dragged him outside the walls of the city in Gethsemane, where they stoned him to death, while he was praying with the words “Lord, lay not this sin to their charge” (Acts 7:60).

In this Shrine, Vespers was held on the Eve of the feast, and the Divine Liturgy was celebrated in the morning of the feast, led by Most Reverend Metropolitan Joachim of Helenoupolis, with concelebrants Archimandrite Nectarios and Hierodeacon Agapios, and the participation of monks, nuns and noble pilgrims.

After the Divine Liturgy there was a Deisis at the Cave of St. Stephen’s stoning,  and then the Hegoumen of the Shrine Archimandrite Epiphanios gave a reception to the Episcopal Entourage and the congregation at the hegoumeneion.