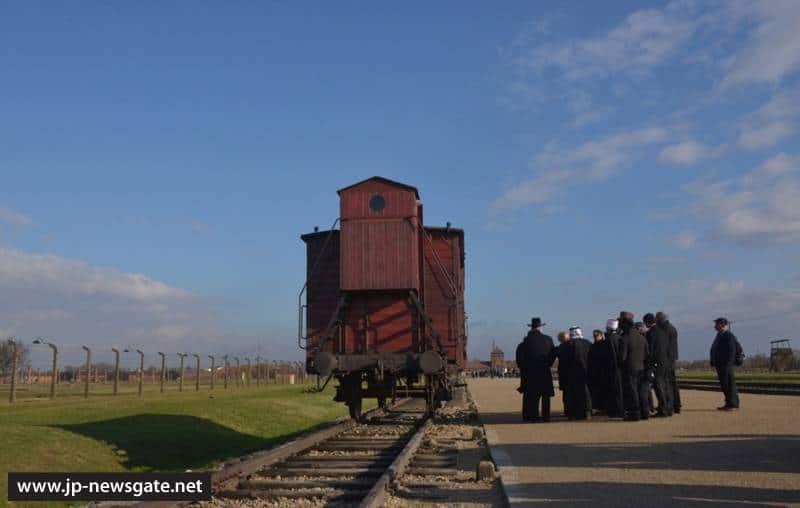 THE HEADS OF THE HOLY LAND RELIGIOUS COMMUNITIES VISIT AUSCHWITZ

Between Sunday, the 17th/30th of October to Wednesday, the 20th of October/2nd of November 2016, the Heads of the Religious Communities in the state of Israel – Christian Churches, the Rabbinate of Israel, the Druze Religious Autonomy, Ahmadiyya Muslims and Baha’i – visited the Nazi concentration camps in Auschwitz and Birkenau, Poland, in collaboration with the Israeli Ministry of Religious Affairs, represented by Mr Yakub Solame and Mr Cesar Margiye.

The visit was organized in order to condemn the inhuman crimes of Nazi Germany during the years of World War II, 1940-1944, and as a token of support to millions of victims, mostly Jews, but also Polish, Russian, Slavs, Roma and others.

The heads of the religious communities and their attendants, toured by the Israeli Ministry’s guide, Ms Naame, and by the Auschwitz and Birkenau Museum guide, witnessed with their own eyes the macabre camps were innocent men, women and children were concentrated before being condemned either to forced labour, torture or death in the gas chambers and the crematoria. Horrible ways of dying demonstrated inhuman mechanisms of death, made by godless men, stripped of love and respect to their fellow beings.

On the end of a heartrending tour, participants laid a wreath in honour and commemoration of the victims, along with a dedicatory plaque that reads:

“Eternal be the memory of the victims of one and a half million of men, women, and children, mostly Jews and others, victims of the Nazi atrocities during World War II”.

The tour was followed by a meeting between participants in this initiative and political dignitaries of Poland, as well as religious dignitaries of the Roman Catholic Church of Poland.

At the meeting, His Beatitude Theophilos, accompanied by Archbishop Aristarchos of Constantina, addressed attendants in English, see link:

A declaration was then issued on behalf of the Council of Religious Community Leaders in Israel, condemning the crimes of Nazi atrocity and any violence persisting today in the Holy Land and across the earth, for the sake of a peaceful religious coexistence. The declaration can be read here:

On the conclusion of the visit, His Beatitude flew via Polish Airlines to Ben Gurion airport on the morning of Thursday.