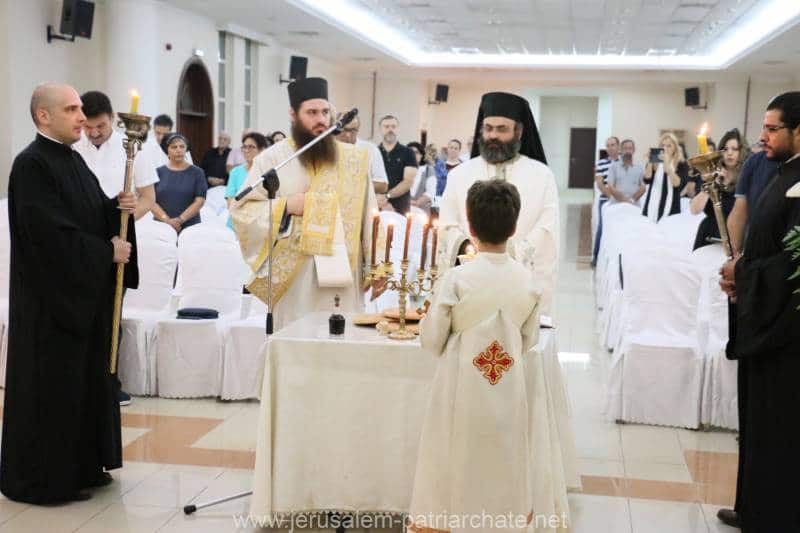 THE FEAST OF ST ISAAC THE SYRIAN IN DOHA, QATAR

In an ambiance of piety and glory, the feast of St Isaac the Syrian, who had led an ascetic’s life in Qatar, was celebrated at Doha Cathedral.

On the afternoon of Thursday, the 30th of September/13th of October 2016, Great Panegyric Vespers was performed with a breaking of bread, whilst cantors invited from Greece sang both inside the Church and in the forecourt, accompanied by traditional instruments, for the enjoyment and support of the flock. The service and event were honoured by the presence of representatives of the Greek, Cypriot and Serbian Embassy in Qatar.

Matins was performed in the morning, followed by Prelatic Divine Liturgy, led by Archbishop Makarios of Qatar. Attending the service was a great crowd of faithful, demonstrating their respect and devoutness of their patron saint and mediator to the Lord.

The divine Liturgy was followed by procession from the Church to the Archbishopric’s facilities, where guests were hosted to a reception.

From the Holy Archbishopric of Qatar