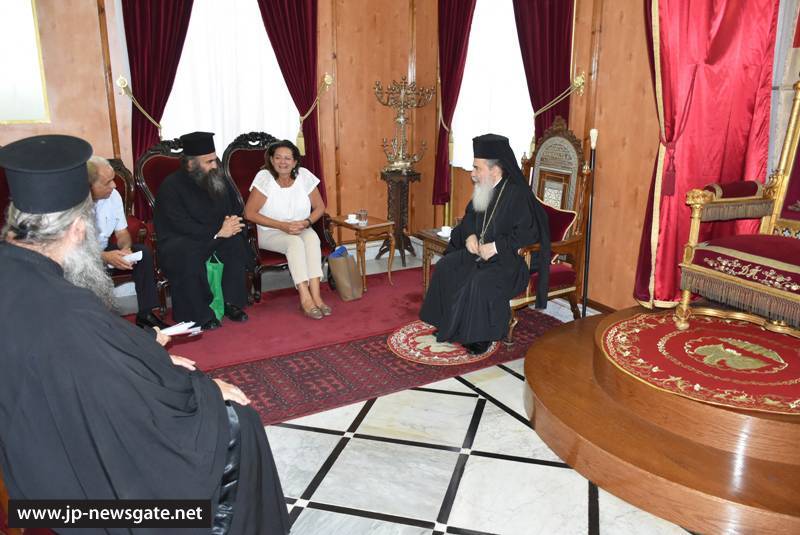 On the morning of Friday, the 13th/26th of August 2016, the Ambassador of Greece to Jordan, Ms Louisa Marinakis, until recently serving at the Greek Consulate-General in Jerusalem, visited the Patriarchate on the occasion of her retirement from the aforementioned position.

The Honourable Ambassador was welcomed by Patriarch Theophilos of Jerusalem in the presence of Hagiotaphite Fathers.

In the context of the meeting, an interesting discussion took place on the rule of law prevailing in Jordan under His Excellency King Abdullah II ibn Hussein, who protects the Christian majority of the country, especially the Rum Orthodox one, towards remaining in the Holy Land instead of emigrating to Western countries.

The Ambassador asked for the Patriarch’s wishes for her new post and her scheduled participation in the feast of the Dormition of Theotokos.