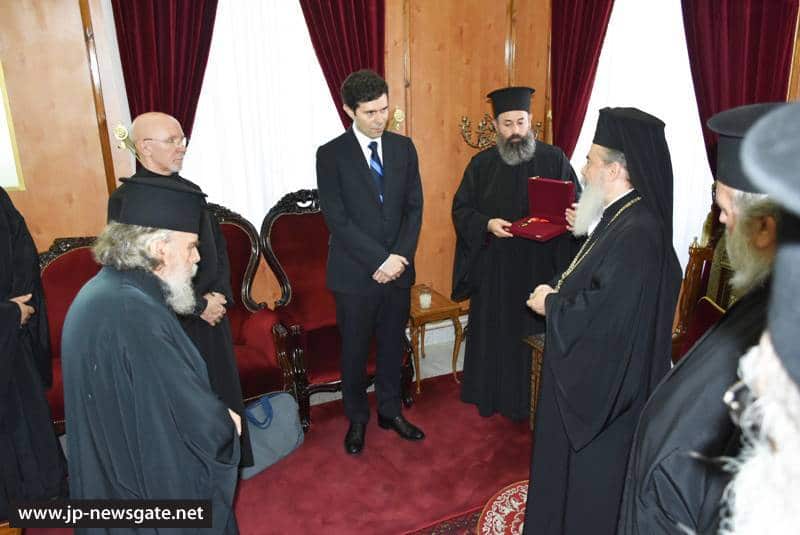 PATRIARCH THEOPHILOS OF JERUSALEM DECORATES THE GREEK CONSUL-GENERAL TO JERUSALEM

On Thursday, the 12th/25th of August 2016, His Beatitude Theophilos conferred on Mr Christos Sofianopoulos, the new Consul-General of Greece to Jerusalem, the title of Supreme Taxiarch of the Equestrian Order of the Holy Sepulchre in recognition of his services to the nation and his declared desire to collaborate with the Patriarchate on issues pertaining to Romiosini [the Greek Orthodox definition of the nation] within his jurisdiction.

The Consul-General thanked the Patriarch for the honour bestowed upon him and pledged to work with the Patriarchate towards defending the rights of Orthodoxy in the Holy Land and for the resolution of problems facing the Greek Parish in Jerusalem and the Patriarchate’s Arabic-speaking congregation.