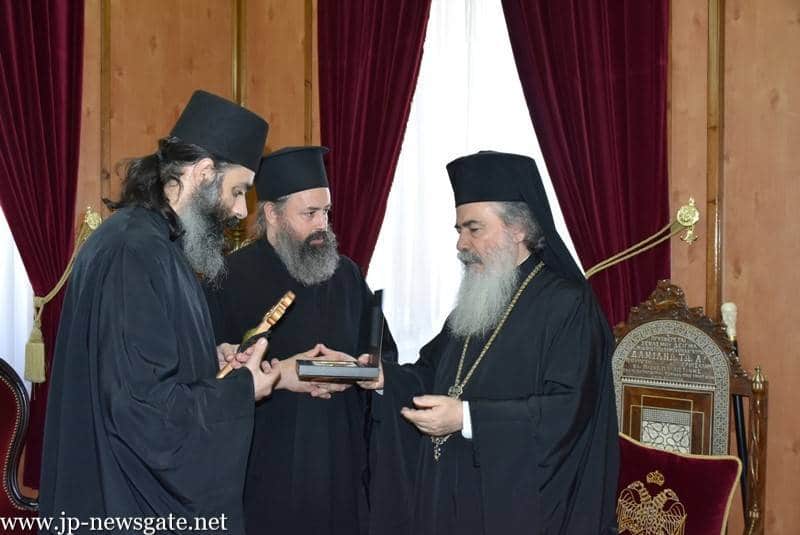 TONSURE OF NEW MONK AT THE PATRIARCHATE

On Wednesday, the 7th/20th of July 2016, H.B. Theophilos, Patriarch of Jerusalem, performed the tonsure of novice Georgios, deacon at the Holy Cave within the Basilica of Bethlehem, giving him the name of Gabriel and offering paternal and patriarchal advice for his Hagiotaphite and venerating labour. The tonsure took place at the Pentecost Chapel in the presence of Primates and Priests of the Hagiotaphite Brotherhood and His Eminence Theophylaktos, Archbishop of Jordan.

The monastic tonsure of monk Gabriel was followed by a reception at the Patriarchate, where His Beatitude extended wishes to the new monk, offering him an icon of Theotokos Jerusalemite.