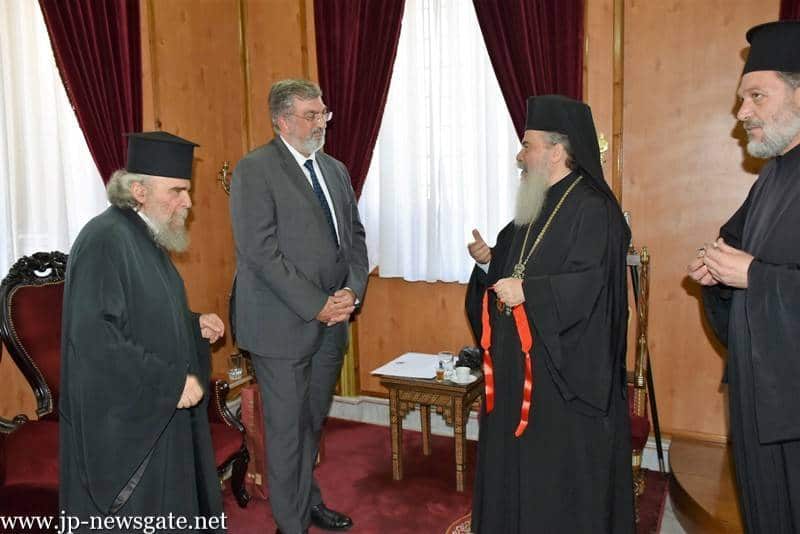 The visit took place on the occasion of Mr Lamprides’ end of a three-and-a-half year tenure. At the meeting, the Ambassador thanked His Beatitude for their harmonious collaboration on matters of shared interest.

An interesting discussion then unfolded on the role of Greece and the Patriarchate in the current unstable political situation in the South-Eastern Mediterranean and on the position of Christians in the Middle East.

His Beatitude went on to bestow on Mr Lamprides the title of Supreme Taxiarch of the Equestrian Order of the Holy Sepulchre for his contribution to the Patriarchate.

The Ambassador pledged to go on defending the rights of Greece and of the Patriarchate from his new position in Brussels.

EASTER VISITS OF THE WESTERN CHURCHES AT THE PATRIARCHATE