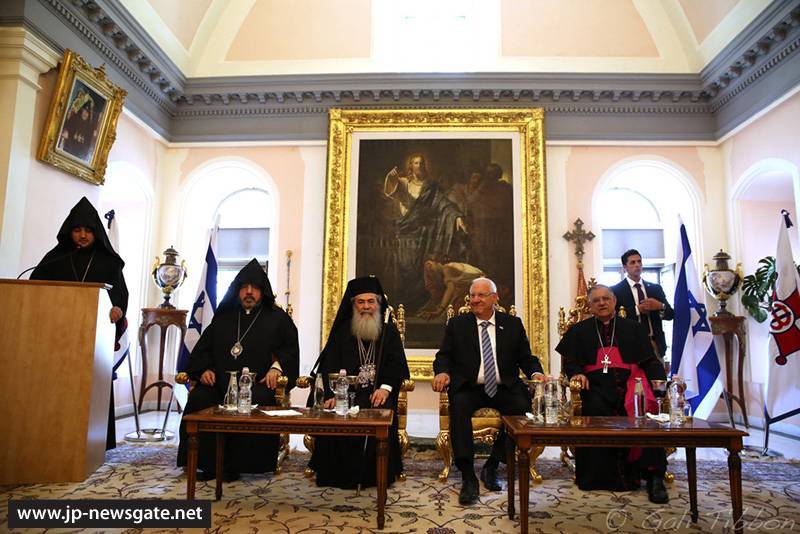 THE PRESIDENT OF ISRAEL VISITS THE ARMENIAN PATRIARCHATE

At the meeting, Patriarch Theophilos of Jerusalem as well as the Armenian and Latin Patriarchs addressed the President of Israel.

In his reply speech, Mr Rivlin called the occasion a meeting of peace, reconciliation and exchange and a testament against the violence that plagues Jerusalem and other regions of the earth.