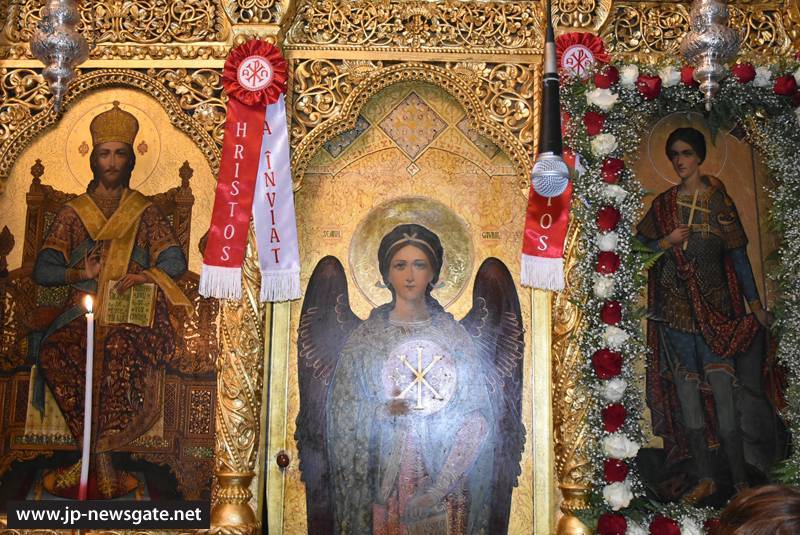 On the morning of 23 April/6 May 2016, feast day of St George the Trophy Bearer and Great Martyr, which coincided with the commemoration of the Life-giving Spring of Theotokos on Friday of Bright Week, a panegyric divine Liturgy was held at St George Church, of the Patriarchate of Romania, in West Jerusalem. The service was led by H.B. Theophilos, Patriarch of Jerusalem, having as concelebrants: Archbishop Aristarchos of Constantinos, Metropolitan Joachim of Zamia, the hegumen, Archimandrite Theophilos, the representative of the Russian Missia in Jerusalem, Archimandrite Leontios, and Hagiotaphite Hieromonks such as Archimandrite Porphyrios, Archdeacon Evlogios and deacon Markos. The choir of Romanian Nuns and Elder Nun Mariam Skorda sang in the presence of the Romanian Ambassador to Israel, Ms Andrea Păstârnac, and a crowd of pious Romanian pilgrims.

The Patriarchal Entourage and others were then hosted to a reception and lunch, courtesy of the hegumen, Archimandrite Theophilos.