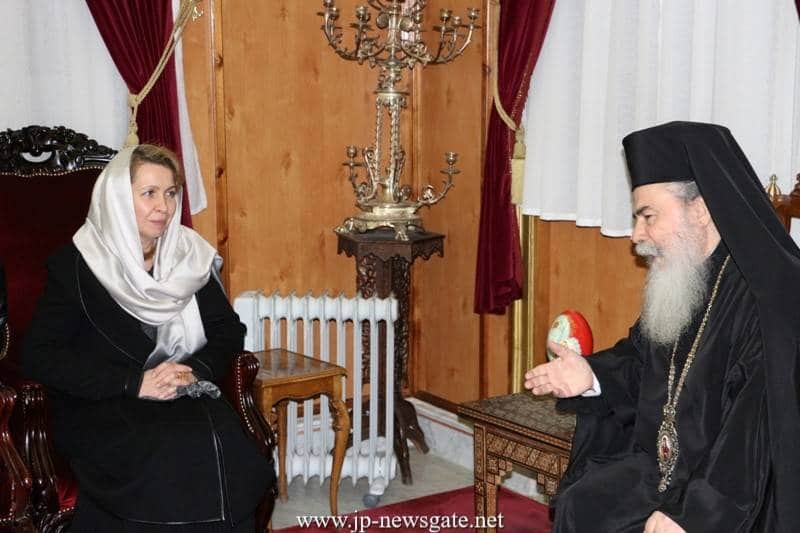 At 20:00 pm of Tuesday, the 16th/29th of March 2016, H.B. Theophilos, Patriarch of Jerusalem, upon His return from Cyprus, received Ms Svetlana Medvedeva, wife to the Russian Prime Minister Mr Dmitry Medvedev. Ms Medvedeva was accompanied by a small entourage.

The Patriarch expressed joy on the visit and content on the harmonious relations between the Patriarchates of Jerusalem and Moscow and the Russian Government, that have borne Russia’s significant financial contribution to the conservation of the Basilica of the Nativity in Bethlehem, now underway.

Reference was also made to the impending restoration works on the Aedicula of the Holy Sepulchre by the NTUA, in relation to which a wish was made for financial aid by pious pilgrims.