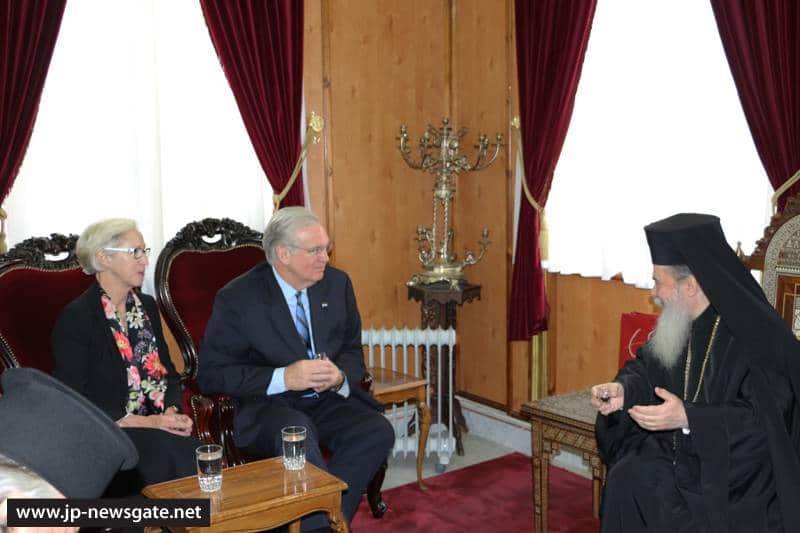 THE GOVERNOR OF MISSOURI VISITS THE PATRIARCHATE

On the morning of Saturday, the 13th/26th of March 2016, Mr Jay Nixon, the Governor of Missouri, U.S., visited the Patriarchate. He was accompanied by associates of his.

The Governor and his entourage were received by H.B. Theophilos, Patriarch of Jerusalem, in the presence of Hagiotaphite Fathers.

Further, His Beatitude talked of the Patriarchate’s peace-making work, that contributes to the coexistence of adherents to three religions, as Jerusalem remains a city for two peoples and three religions.

Patriarch Theophilos also spoke of the study conducted on the restoration of the Aedicula of the Holy Sepulchre, 200 years after its erection by donations of pious pilgrims.

Mr Nixon thanked the Patriarch for sharing with him thoughts and positions, which he pledged to utilize for the support of Christians in the Holy Land.