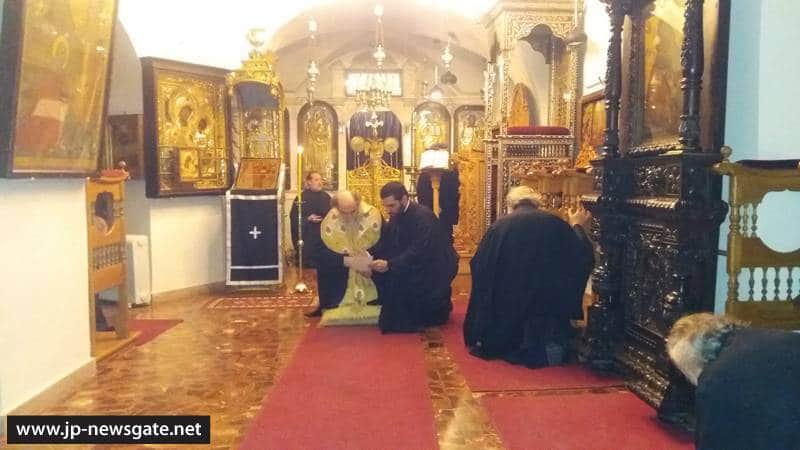 VESPERS OF COMPUNCTION AND THE PRAYER OF FORGIVENESS AT THE PATRIARCHATE

At 2.30 pm of Sunday, the 29th of February/13th of March 2016, the Vespers of Compunction was performed at St James Cathedral that stands between the Patriarchate and the Church of the Resurrection, led by His Eminence Theodosios, Archbishop of Sebaste. On the conclusion of Vespers, Archbishop Theodosios read the prayer of forgiveness in view of the beginning of the forty-day period of Lent.

Β.  The prayer of forgiveness

At 5.30 pm of the aforementioned day, the Service of the Small Compline was read at the Monastic Church of Sts Constantine and Helen, on the conclusion of which His Beatitude Theophilos read the prayer of forgiveness for a congregation of Hagiotaphite Primates, Hieromonks, deacons, monks as well as nuns and members of the Greek parish and the flock in view of the forty-day period of Lent. The prayer was followed by brotherly embrace and exchange of pardon.