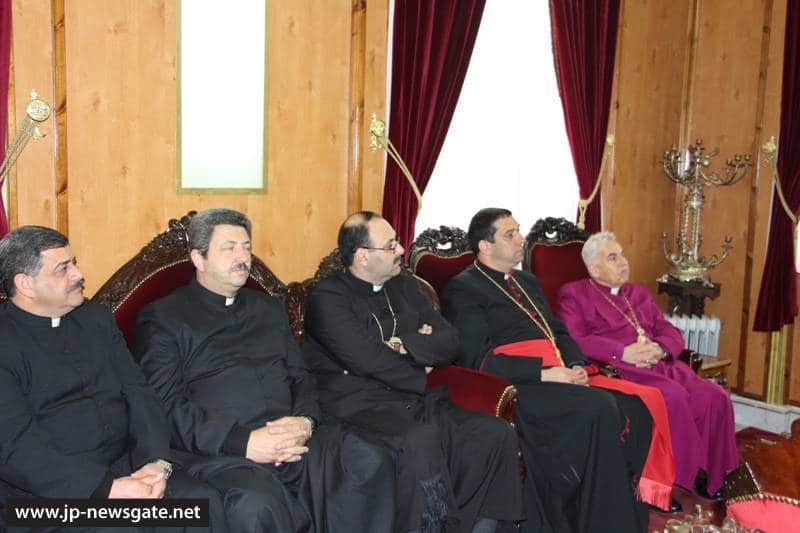 PRIESTS FROM THE ANGLICAN CHURCH IN JERUSALEM VISIT THE PATRIARCHATE

On Thursday, the 5th/8th of February 2016, a group of twenty priests from the Anglican Church in Jerusalem, headed by the Anglican Archbishop, the Most Reverend Souheil Dawani, and Dean Husam, visited the Patriarchate.

The Anglican Archbishop and his entourage were received by His Beatitude Theophilos, Patriarch of Jerusalem, in the presence of Hagiotaphite Fathers.

The Patriarch welcomed the priests and addressed them in English (to be uploaded soon).

At the meeting, His Beatitude referred to the testament of Christians from the dawn of time to this day in the Holy Land, the birthplace of Christianity. He went on to talk about how the Holy Shrines protect their life and identity, as well as about the role of Hellenism and of the Patriarch as Father and Ethnarch since the year 638 AD, when Patriarch Sophronius of Jerusalem signed a Covenant with Umar Khattab.

After the exchange of gifts, the Anglican Archbishop and priests proceeded to the Church of the Resurrection in order to make supplication at the Monastery of Abraham.