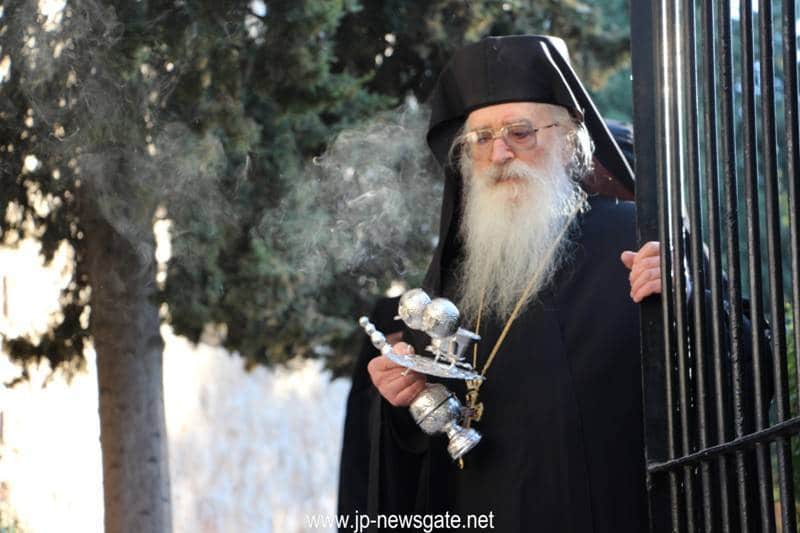 On Tuesday, the 3rd/16th of February 2016, the feast of St Simeon the Righteous and Receiver of the Lord was observed at the Monastery dedicated to him in Katamonas, West Jerusalem, where during the 20th century a Greek parish had flourished.

On this day, that follows the feast of the Hypapante, the Church commemorates St Simeon, who, on the 40th day of the Lord’s birth in the flesh, had received Him at the Temple of Solomon, exclaiming “Lord, now let Your servant depart in peace, according to Your word, for my eyes have seen Your salvation, a Light to lighten the Gentiles, the Glory of Your people Israel”.

The feast was observed at the aforementioned Monastery, wherein lies the tomb of the saint and part of his relics, ceded years ago by the Roman Catholic Church of Croatia, on the request of the Patriarchate.

After Communion, Patriarch Theophilos blessed the faithful and distributed the antidoron.

On the conclusion of the divine Liturgy, the hegumen of the Monastery, Archimandrite Theodoritos, hosted the Patriarchal Entourage and many among the faithful to a reception at the hegumeneion and in the forecourt of the Monastery.