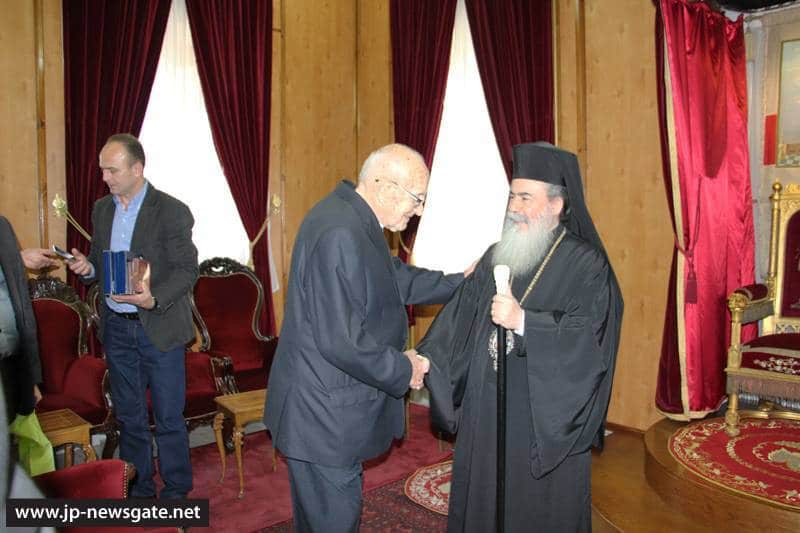 On Thursday, the 29th of January/11th of February 2016, the Minister of Tourism of the Republic of Srpska, Mr Zlatan Klokic, accompanied by Mr Ariel Livni, Advisor to the President of the Republic, and associates of his, visited the Patriarchate.

The Minister and his entourage were received by H.B. Theophilos, Patriarch of Jerusalem, and Hagiotaphite Fathers.

In the context of the meeting, the Patriarch spoke of the need for unity amongst the Orthodox states within the body of the Church, which respects and preserves their cultural and national heritages.

On behalf of the Minister, Mr Livni thanked Patriarch Theophilos for his benevolence towards the Republic of Srspka and other Orthodox countries, whilst His Beatitude encouraged Mr Klokic to promote pilgrimages from his country to the Holy Land in support of both pilgrims and permanent residents.

Having asked for the Patriarch’s blessing, the Minister and his entourage went on to venerate at the Holy Sepulchre.