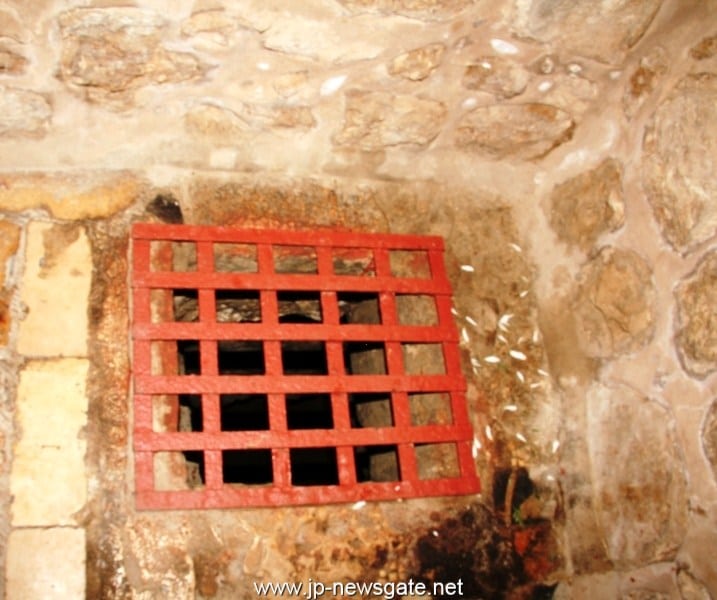 On Friday, the 16th/29th of January 2016, the Patriarchate commemorated the veneration of the chains of the Apostle Peter, namely his incarceration by King Herod and his liberation by an angel, according to the Acts of the Apostles (chapter 12).

The Apostle Peter was incarcerated in the prison of the Praetorium-Roman Court of Law, in the area where today a Monastery survives, dedicated to the Apostle Peter and St Nicodemus. The Monastery is where it is believed that a conversation took place between Nicodemus, a secret disciple of the Lord, with Christ Himself, on the “birth from above” namely man’s rebirth through baptism according to the gospel of St John (chapter 3, 1-21)

The Monastery is also known as the Convent of the Lentils because it is believed that in this area the Church had distributed lentils and other provisions at a time of hunger and sickness. The iconostasis of the nave has been recently renovated on the care and supervision of Hagiotaphite Monk Antiochos, and at the expenses of the “Greek Association of the Holy Sepulchre”.

In the underground chapel of the Prison of the Apostle Peter within the Monastery, Archbishop Theodosios of Sebaste led the divine Liturgy. Co-officiating were Archimandrite Ignations, hegoumen at the Monastery of the Village of the Shepherds, and Hierodeacons Markos and Charalambos. A congregation of monks, nuns and pilgrims participated in the service.

During the d. Liturgy, His Beatitude Theophilos, Patriarch of Jerusalem, arrived in church to venerate with Hagiotaphite Fathers.

Hagiotaphites and Primates were hosted to a reception at the hegoumeneion by the hegoumen, Archimandrite Makarios.