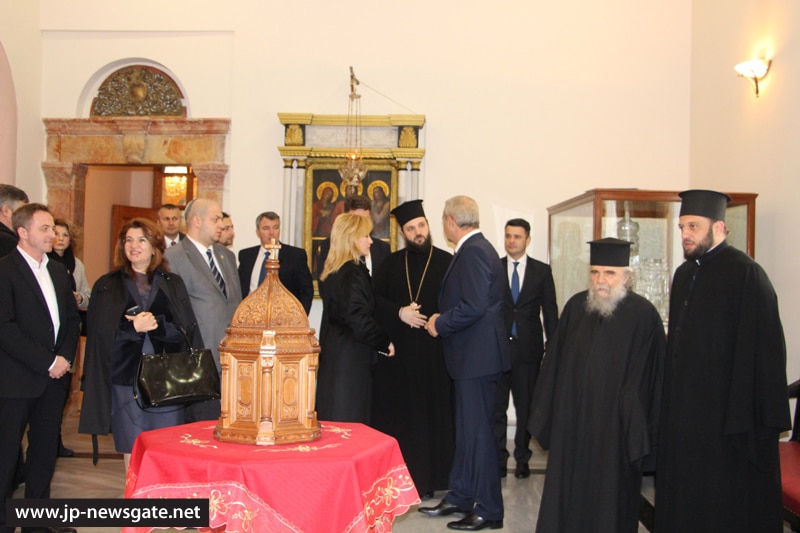 On Wednesday, the 7th/20th of January 2016, a delegation of the Romanian House of Representatives, made of House President, Mr  Libiu Nicolae Dragnea and his wife, Ms Gabriela Firea, Mr Petru Gabriel Vlase and the Romanian ambassador to Israel, Ms  Andreea Păstârnac, visited the Patriarchate.

The delegation were welcomed by H.B. Theophilos, Patriarch of Jerusalem, and Hagiotaphite Fathers.

In the context of the meeting, the head of the delegation explained that the purpose of their meeting was the creation of social, commercial and political relations with the state of Israel, and that they consider it their obligation to visit the Holy Sepulchre, and an honour to visit the Patriarchate.

Patriarch Theophilos referred to the harmonious relations between the Patriarchate of Jerusalem and the Church of Romania during the Medieval period, modern times and today, underlining the need to preserve such relations to the benefit of both Churches and Romanian pilgrims to the Holy Land, that I pastorally safeguarded by the Patriarchate.

Upon the exchange of gifts, the Romanian delegation went on to venerate at the Church of the Resurrection.