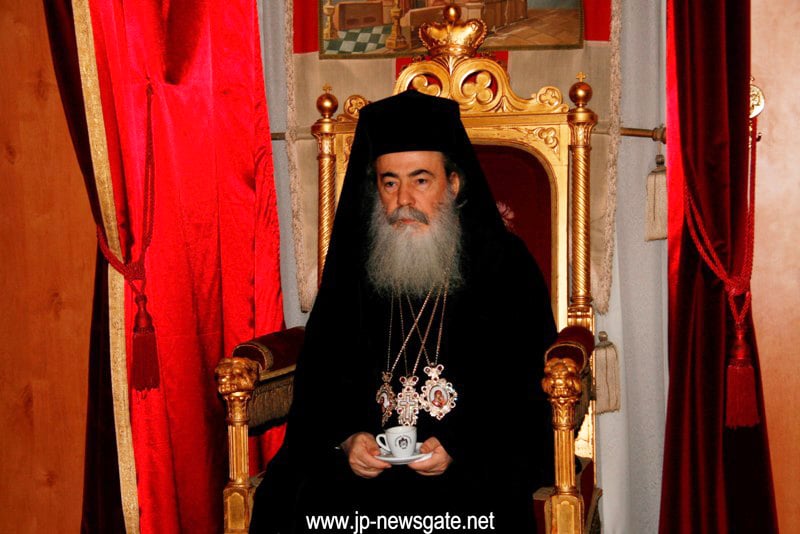 On the morning of Saturday, the 22nd of November/5th of December 2015, the Hagiotaphite Brotherhood held a 40-day memorial service for the repose of the soul of the late Elder Kamarasis and former treasurer of the Hieron Koinon, Archimandrite Keladion.

The divine Liturgy was led by the Secretary of the Holy and Sacred Synod, His Eminence Demetrios, Archbishop of Lydda, whereas Patriarch Theophilos officiated at the Memorial on the conclusion of mass. Co-officiating were Hagiotaphite Primates and Hieromonks with monks, nuns and the faithful as concelebrants.

After the divine Liturgy, His Beatitude, the Fathers and everyone honouring the memory of the deceased by attending the Memorial Service, walked to the Patriarchate where they were offered kollyva exclaiming “may his memory be eternal” and “may his soul rest in the land of the living with the righteous and the saints.