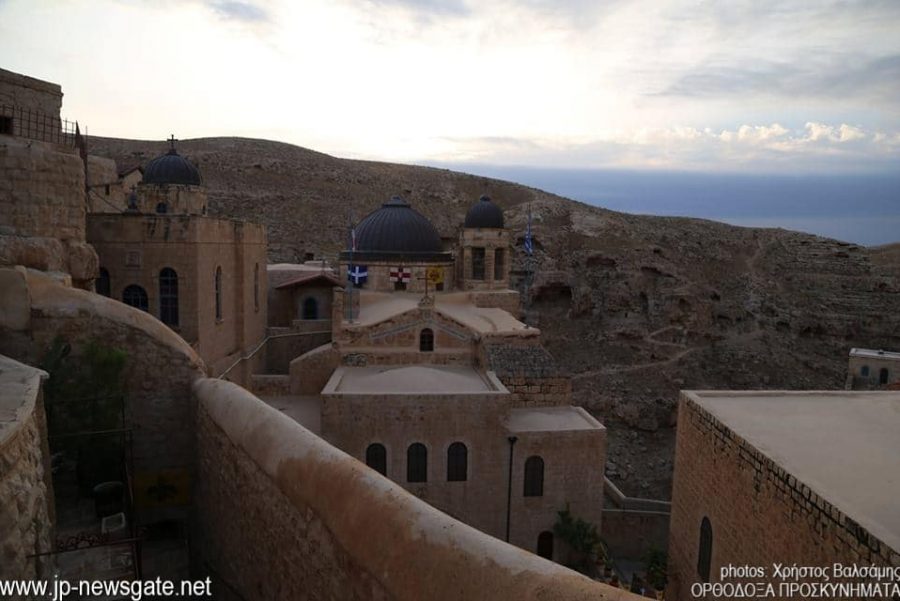 On Monday, the 13th/26th of October 2015, the Patriarchate observed the feast of the translation of the relics of St Savvas the Sanctified to the Monastery that was founded by him in the desert of Judea, on the west bank of Cedars stream.

The feast, set by the Patriarchate of Jerusalem on the 13th/26th of October, commemorates the fact that on the aforementioned day of the year 1965, the relics of St Savvas the Sanctified, that had been taken by the Crusaders to Venice, were returned by the Roman Catholic Church to the Patriarchate of Jerusalem. At the time, the relics were accompanied by Metropolitan Basil of Caesarea and Germanus of Petra, the current Metropolitan of Nazareth, Kyriakos, then a deacon, and Archimandrite Seraphim of St Savvas Monastery. The relics were officially received at David’s Gate and for one week were exhibited for veneration at the Church of the Resurrection. Since then, the relics have been kept at the katholikon of St Savvas Monastery.

During Communion, the Patriarch preached the Word of God in Greek.

Upon the apolysis, kollyva (consecrated wheat), wine and rusk were offered at the narthex of the Monastery, followed by lunch blessed by His Beatitude.

On the conclusion of lunch, the Patriarch visited the Monastery of Hosios Theodosios the Cenobiarch before returning to Jerusalem.