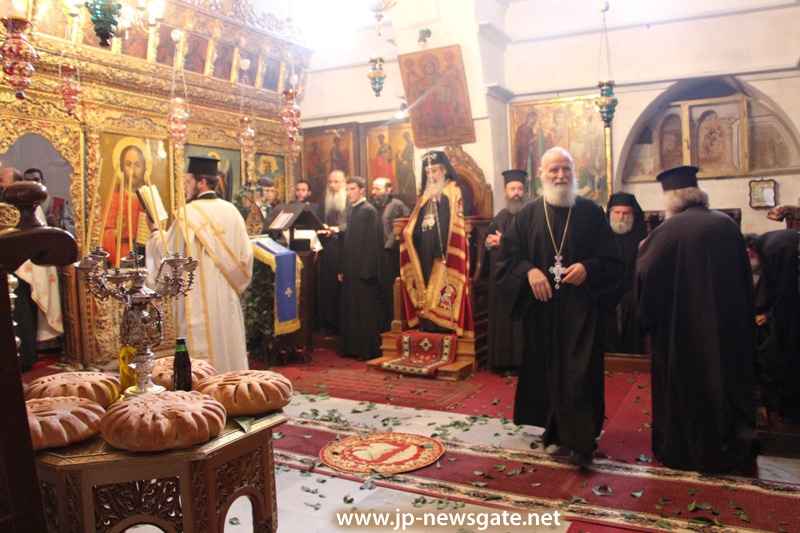 THE FEAST OF ST THEKLA AT THE PATRIARCHATE

On Wednesday, the 24th of September/7th of October 2015, the feast of St Thekla the Protomartyr and Equal to the Apostles, was observed by the Patriarchate at the chapel dedicated to her name, on the west of the monastic church of Sts Constantine and Helen.

St Thekla was a disciple of the Apostle Paul. After preaching Christianity, she passed away at Ikonion, Asia Minor, at the ripe age of ninety.

Patriarch Theophilos led Vespers and the divine Liturgy. Archimandrite Sergios, vicar at the church of Sts Constantine and Helen, officiated, with Primates and Hagiotaphite Fathers as concelebrants. Archimandrite Aristovoulos, sang as pilgrims, monks and nuns attended the service from the Chapel’s vestibule.

After Vespers, His Beatitude Theophilos and the Hagiotaphite Brotherhood were treated to rusk, wine and kollyva, namely boiled wheat, in the court of the Central Monastery. After the divine Liturgy, a reception was held at the Office of the Church Board, the Epitropikon.