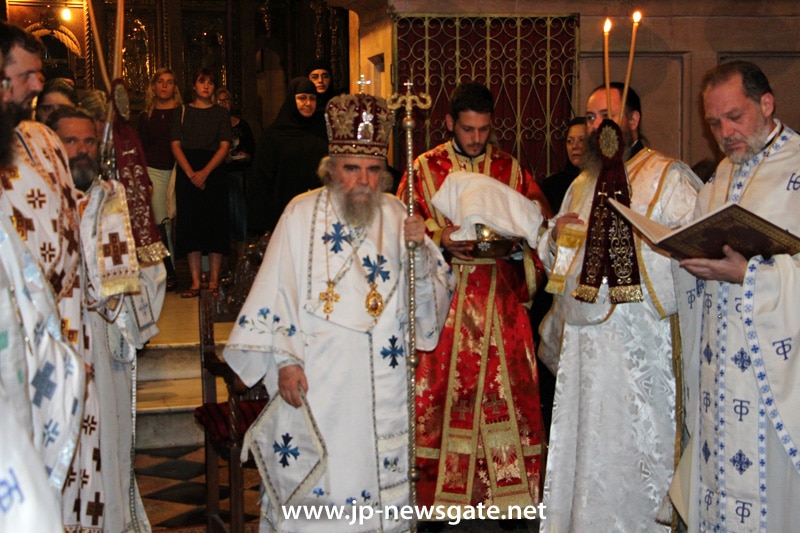 On the night of Tuesday to Wednesday, the 9th to 10th/22nd to 23rd of September 2015, during a nocturnal divine Liturgy at the All-holy and Life-giving Sepulchre of the Lord, Hagiotaphite Monk f. Synesios Voukas, was ordained deacon by His Eminence Aristarchos, Archbishop of Constantina.

At the ordination, the ordaining Primate addressed f. Synesios with paternal, strengthening and consoling words in the name of His Beatitude Theophilos, Patriarch of Jerusalem, and of the Holy and Sacred Synod, by a decision of which the ordination was performed.

The ordained deacon was honoured by the presence of the Elder Sacristan, representatives of the Patriarchal School, his mother, Hagiotaphite Fathers, monks, nuns and pilgrims, exclaiming “Worthy he is!” upon the ordination.

On the conclusion of the ordination, the ordained hosted guests at the office of the Elder Sacristan, Archbishop Isidoros of Hierapolis, in the Church of the Resurrection.

The following morning, the ordained received the wishes, blessings and advice of Patriarch Theophilos at the Patriarchate.