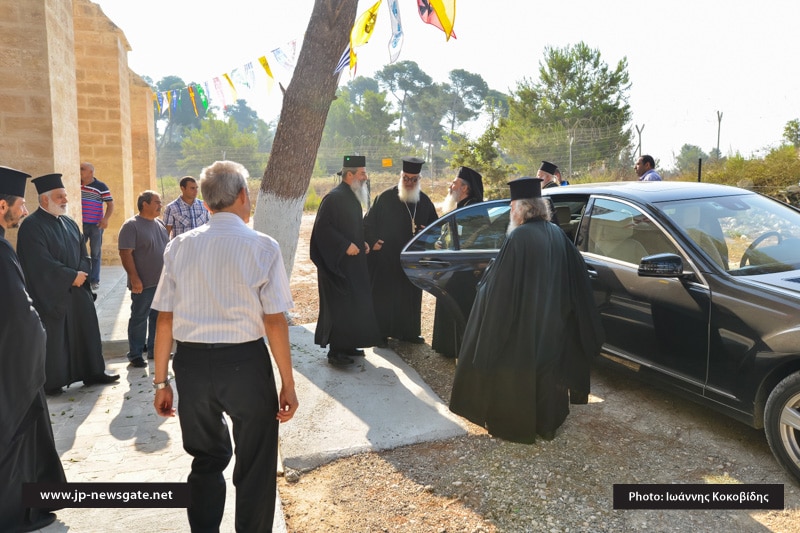 THE FEAST OF THE PROPHET ELIAS IN MA’LULA, NAZARETH

On Saturday the 19th of July/1st of August 2015, the memory of the Prophet Elias the Thesbite was observed at the Church dedicated to him and to the Ascension of the Lord in Ma’lula, at a short distance from Nazareth, Galilee.

The town was home to a Greek-Orthodox Arabic-speaking Community until the year 1948 when, upon the foundation of the State of Israel, they were obliged to abandon their homes and sancta.

The same took place in other Arabic towns and parishes, whereas the inhabitants of other cities stayed for the duration of the animosities between Palestinians and Israelis, and have since been annexed as minorities, residing to this day within the State of Israel.

Six years ago, the Patriarchate asked the Israeli army encamped around the abandoned Church of the Prophet Elias to allow it to proceed to restoration of the damages caused by man and time, under the supervision of Metropolitan Kyriakos of Nazareth and at the expenses of the Hegoumen of the Monastery of Mount Tabor, Archimandrite Hilarion.

The Divine Liturgy in this now restored church, was led by Patriarch Theophilos. Co-officiating with Him were Metropolitan Kyriakos of Nazareth and Archbishop Aristarchos of Constantina; Archimandrite Porfyrios, Hierodeacon Markos and Arabic-speaking Presbyters from the Metropolis of Nazareth. Hieropsalts of the Metropolis and the Hegoumen of Accra-Ptolemais, Archimandrite Philotheos, sang in Arabic, in the presence of the representative of the Greek Consulate-General to Jerusalem, Mr Koinis, as well as Greek Orthodox, Arabic-speaking faithful from the Metropolis of Nazareth.

On the conclusion of the Divine Liturgy, the Metropolitan of Nazareth and Archimandrite Hilarion hosted the Patriarch and the congregation to fruit and refreshments in the forecourt to the Church, under the shade of pine trees and cypress trees.

At noon of the same day, the Metropolitan of Nazareth hosted His Beatitude to lunch at the Holy Bishopric of Nazareth.