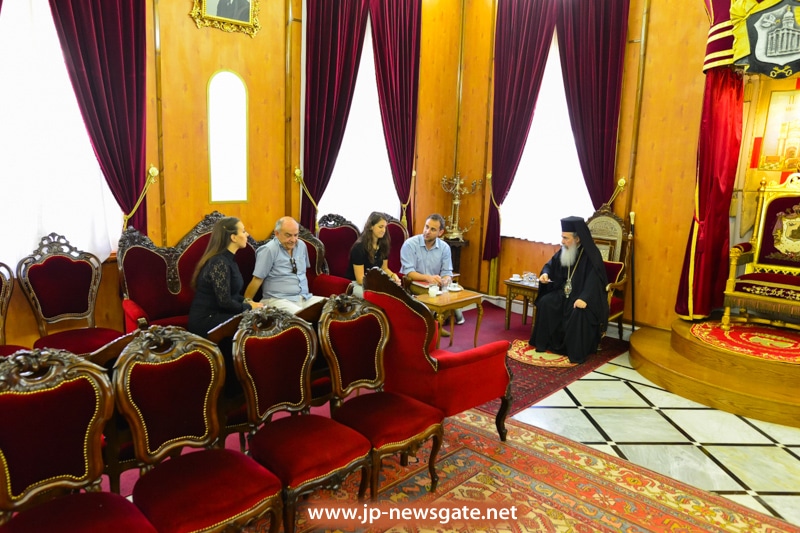 On Tuesday the 8th/21st of July 2015 the United Nations Mine Action Service (UNMAS) visited the Patriarchate.

The UNMAS representatives, Sasha Logie and Shoula Kreton, were welcomed by His Beatitude Theophilos, Patriarch of Jerusalem.

During the meeting, His Beatitude was informed of the United Nations’ project to demine the entire region of the Jordan river, around the site of the Baptismal of the Lord. The site, on the border between Jordan and Israel, was mined in 1948, which still endangers the movement of pilgrims. The two representatives also asked for the Patriarch’s license to demine land owned by the Patriarchate.

His Beatitude praised the United Nations’ humanitarian work and suggested it be carried out in collaboration with the State Authorities having political ownership, and the Churches, owning land in the region.