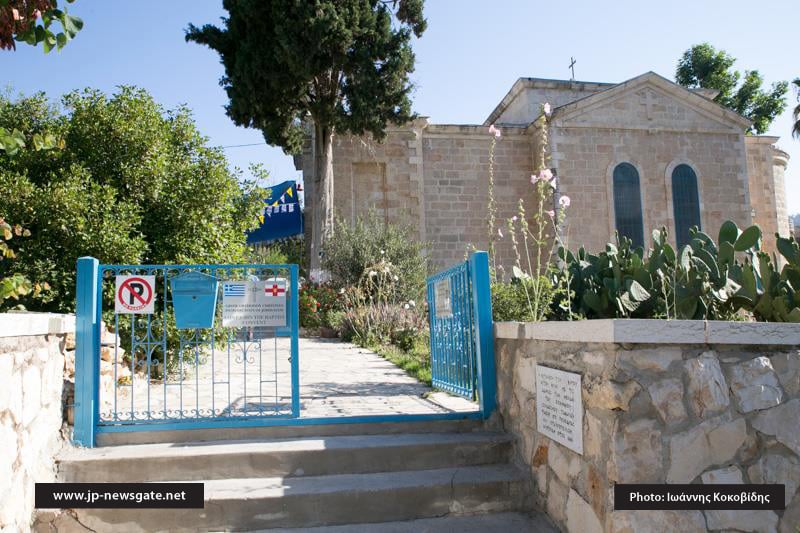 THE FEAST OF THE NATIVITY OF JOHN THE BAPTIST

On Tuesday the 24th of June/7th of July 2015, the Patriarchate celebrated the feast of the Nativity of John the Baptist, once the childlessness of his elder parents, Zacharias and Elisabeth, was resolved, according to the Evangelist Luke (chapter 1). According to the Lord’s testament, among those born of women there had not risen anyone greater than John the Baptist (Matthew 11, 11), wrongfully and without cause beheaded by Herod’s orders (Matthew 14, 1-11).

The feast was observed on the site of his birth, the Oreini (Ein Karem) a present-day suburb of West Jerusalem. In this small Israeli town, there stands a Church dedicated to the Nativity of John the Baptist, built on the site of an old Byzantine Church from the days of Patriarch Cyril, circa 1850. The Divine Liturgy on the day of the feast was led by Archbishop Theodosios of Sebaste. Co-officiating were Hagiotaphite Hieromonks, Archimandrite Ignatius, Archimandrite Meletios and Archdeacon Evlogios. Archimandrite Aristovoulos sang in the presence of Arabic-speaking faithful, monks and nuns from Jerusalem and other cities.

On this site, on the hillside, there stands a Church and Convent of the Patriarchate of Moscow dedicated to the Nativity of John the Baptist. There, Metropolitan Isychios of Kapitolias led the Matins and Divine Liturgy, upon the invitation of the Monastery. Archimandrite Theophanes of the Russian Spiritual Mission of the Patriarchate of Moscow in Jerusalem, co-officiated with other visiting priests, Hagiotaphite priests, and deacon Dionysius. Nuns sang as a large crowd of Russian-speaking congregation attended the service.

A procession followed the Divine Liturgy, as well as a deesis and Holy Water Rite around the Monastery.