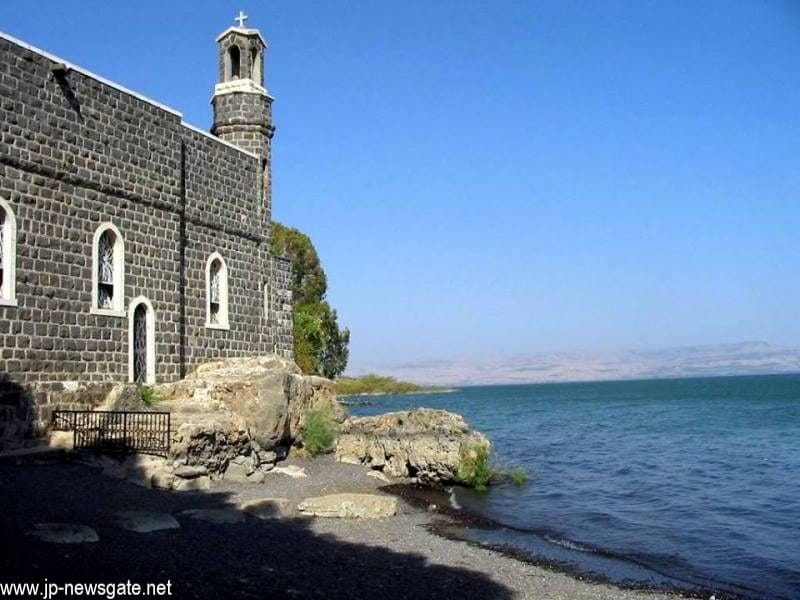 ARSON AT THE PILGRIMAGE SITE OF TABGHA (ANCIENT EPTAPIGON)

On the morning of June 5th/18th 2015, currently unidentified suspects set fire to a Roman Catholic Church, under the Benedictine order of monks, at the site of Tabgha (Ancient Eptapigon) on the west shore of the Lake of Tiberias.

This renovated church, which lies on the ancient Byzantine church of the 4th century with magnificent mosaics on the ground, is the site where the multiplying of loaves and fish by our Lord took place.

Representatives of the Churches, among them His Eminence Metropolitan of Nazareth Kyriakos and the Superior of the adjacent shrine of Capernaum monk Irinarchos, representatives of the Druze, the Rabbinate, and also Police, rushed to the site for an investigation of the incident and in solidarity.

According to news reports, firefighters were able to douse the flames, although two people suffered minor smoke inhalation. Graffiti written in Hebrew was found on the site, which said “the false gods will be eliminated.”

The Greek Orthodox Patriarchate of Jerusalem strongly protests against this unacceptable violent act toward this ancient shrine of Christianity and intends to join in a common protest with the other Churches of the Holy Land tomorrow.