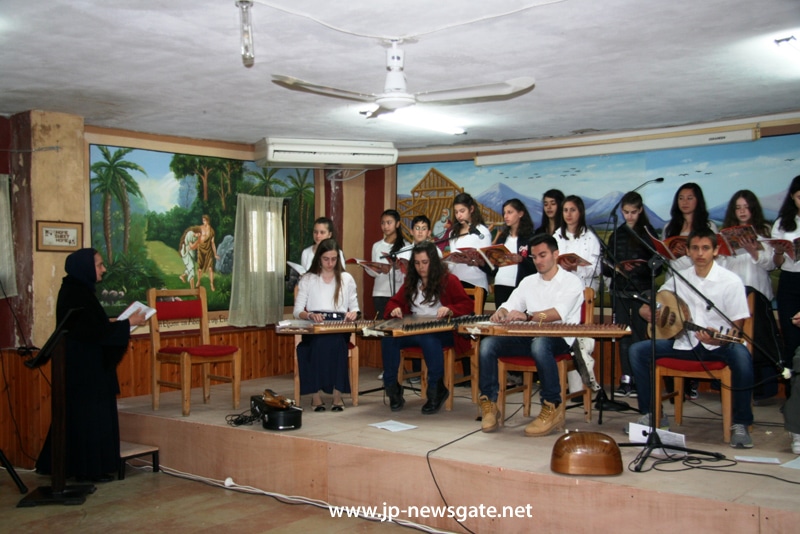 On the evening of Friday the 11th/24th of April 2015, a concert was given by the student choir of the Alimos Music School at Prophet Elias Monastery. The choir performed under the direction of Music Teacher, Ms Ioanna Angelou, in the context of the “In search of sounds on the Holy Land and beyond the Jordan” programme.

The event was hosted by Archimandrite Paisios, Hegoumen of the Monastery, whereas several parishioners of St James Cathedral were in attendance.

The concert began upon the arrival of the Patriarch.

Offering a fine performance of songs, the choir profoundly moved the audience and provided a link between them and our traditional folk music.

Archimandrite Aristovoulos, Head Cantor at the Church of the Resurrection, and the Greek Community of New Jerusalem had worked with the Alimos Music School for the success of the concert.