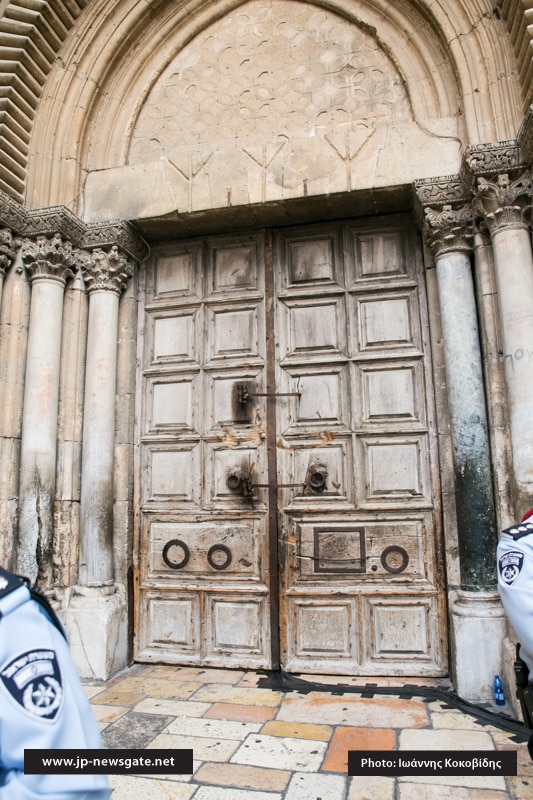 On the morning of Holy Friday, the 28th of March/10th of April 2015, the Great Royal Hours of Holy Friday were read initially at the Praetorium wherein lies the Prison of Christ.

The Hours Service was followed by a procession from the Praetorium via the Via Dolorosa (Street of Suffering) to the Golgotha, led by Archbishop Theophanes of Gerassa, carrying the Cross on his shoulders, and followed by a crowd.

There, before the Church that had already been opened according to the right of the Orthodox, the Hours of Holy Friday were again read on the Horrendous Golgotha in the presence of a crowd of pious faithful.