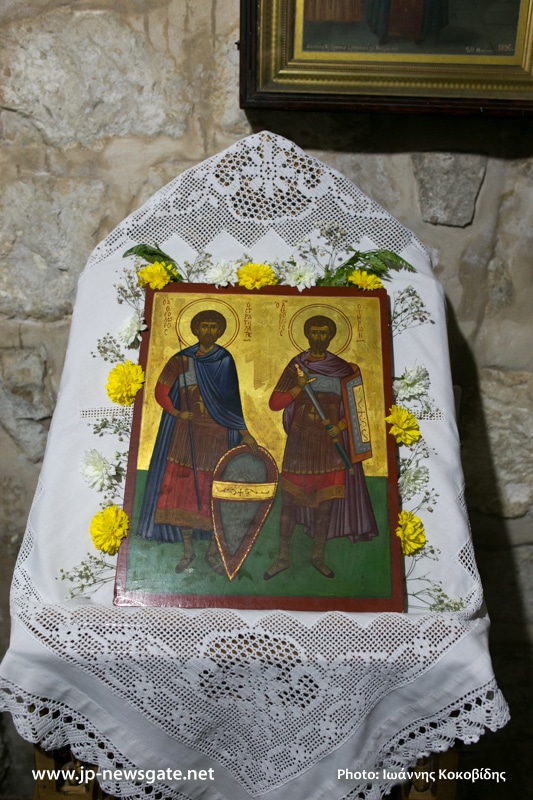 On Saturday, the 15th/28th of February 2015, the miracle of the kollyva performed by St Theodore of Tyre, the Great Martyr, was observed at the Monastery dedicated to his name, to the west of the Patriarchate.

The miracle was performed by St Theodore by divine power, in the middle of the 4th c. AD, when he appeared in a vision to Archbishop Eudoxius of Constantinople, to warn him that Julian the Apostate had infested food in the markets with the blood of animals sacrificed to the gods.

The saint instructed the Archbishop to tell Christians to eat kollyva, namely boiled wheat, in order to avoid the stain of idolatry.

Vespers and the Divine Liturgy were led by Archbishop Theophanes of Gerassa, who preached the Word of God to a crowd of faithful including monks, nuns and pilgrims, on the saint’s martyrdom and on the cleansing of the soul through fasting.

His Beatitude arrived during mass to venerate. The Hegoumen, Archimandrite Alexios, went on to host guests to a reception at his quarters.