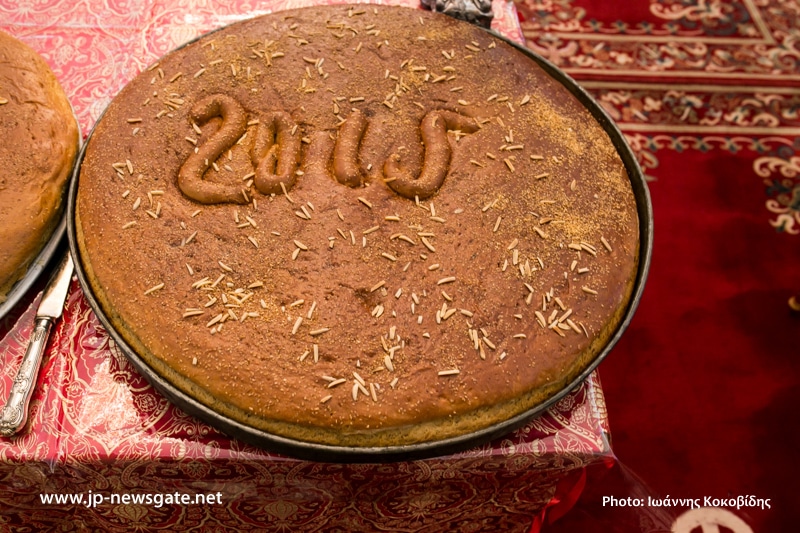 At the beginning of the ceremony, Patriarch Theophilos of Jerusalem addressed guests in celebration of the New Year.

The Fathers then sang the Apolytikion of the Circumcision of the Lord and of St Basil.

His Beatitude went on to cut the pie wishing for a “propitious, happy and blessed New Year”, offering the pieces to those honouring the ceremony with their presence, the Primates of the Patriarchate, the Greek Consul-General to Jerusalem, Archimandrites and other Hagiotaphite brothers, members of the Greek Parish and of the Arab-speaking congregation, as well as novices at the Patriarchal School who also sang the Carols for pilgrims.